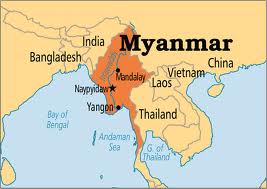 Fuji Xerox began its operations in Yangon, Republic of the Union of Myanmar on 1 April in a move that will allow the company to expand business in the emerging market, with economic growth expected to be high in the area as the number of foreign corporations entering Myanmar increases.

The establishment of the new Myanmar Branch follows the OEM’s current provision of multifunction devices in Myanmar via a local dealer, with the company hoping that it will provide the dealer with support in carrying out sales activities and sales consulting services, as well as making proposals for high value-added products.

In preparation for the expansion, Fuji Xerox Asia Pacific Pte Ltd started a task force last October and has since been studying the local market and its needs; and claims that it will offer quality proposals to foreign companies that demand similar services to those provided by their home countries, as well as products that meet the needs of national and private companies in Myanmar.

Fuji Xerox also states that since the start of the new government in 2011, Myanmar has been promoting deregulation, which is stimulating its economy; and that the enactment of the new foreign investment law in 2012 is leading to the creation of a “special economic zone”.