Reseau de Transport d’Electricite (RTE) has given advice on saving energy as the temperatures drop 6.4 degrees below normal. 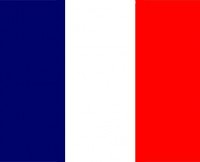 Bloomberg reported that office workers in France have been advised to “delete old e-mails” and stop using printers, as well as turning down the heating and switching off lights, in an effort to save energy during the freezing weather. The advice from RTE was on Twitter and its own website informing people that if “each household lowers the temperature in their living room by one degree […] it would save the equivalent output of two nuclear reactors”.

It is expected that the demands on French power will peak at 95 gigawatts during this week, and RTE said that it may “implement exceptional measures” if voluntary reductions are not enough, which would include shutting down factories and “dimming lights” through the country. RTE will make an announcement if these measures are to be taken.

Forecasting power prices, it was said that they could jump as much as 17 percent, and the article said that “90 percent of Electricite de France SA’s  58 nuclear reactors are available”, which is nearly the same as last year as opposed to 99 percent in 2015. The advice given to members of the public suggested that washing machines and dryers should not be used, lower the heating thermostat by one or two degrees, turn off equipment on standby, limit lighting, switch off computers, and if working on one turn down the screen brightness.