Announcement follows mass criticism of working conditions and in the midst of an Apple-invited independent inspection.

Foxconn Technologies, one of 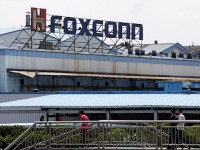 the biggest manufacturers of products for HP, Dell and Samsung and other electronics companies, has announced on 18 February that it would raise worker salaries at its Chinese factories, reports The New York Times.

The manufacturing firm stated salaries would immediately jump by 16 to 25 percent to approximately $400 (€302) a month, with a reduction in overtime hours.

Foxconn has denied allegations that the workers are treated poorly, although the New York Times states that Apple has acknowledged that some suppliers in China violate Apple’s own code of conduct, including “child labour, forced overtime and unsafe working conditions and evidence that employees are sometimes exposed to hazardous and toxic chemicals” and has announced that the non-profit organisation Fair Labor Association would provide individual audits of its supplier companies, with the results to be made public.

However Avram Piltch, Online Editorial Director, LAPTOP, commented via the website: “Unfortunately neither raises nor inspections that double as photo ops will fix the system-wide problems that should bother us. By focusing their attention on Apple alone, both activists and press are minimising the scope of abuses that are much worse at non-Foxconn facilities.”