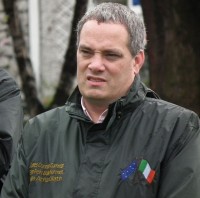 Ó Snodaigh defended the use and expenditure, claiming to be one of the most prolific “leafletters” in the country.

However Kearon claims this justification to be false following obtaining documents under the Freedom of Information Act that indicate that only a small amount of maintenance had been carried out on Ó Snodaigh’s printer from 2007 and 2008. Kearon states that the printer would have required more routine maintenance had it been used as much as claimed.

Kearon commented: “Deputy Ó Snodaigh has some serious questions to answer. In the absence of evidence to the contrary and based on his explanations so far, Mr Ó Snodaigh must be assumed to have misled the public.

“I therefore formally requested An Garda Siochana (Police Force of Ireland) on Friday to investigate on the basis that if the toner was not used by Deputy Ó Snodaigh in his capacity as a Dail Deputy then did taking them in fact constitute a crime?”

The expenditure was revealed in February 2012, leading to Ó Snodaigh’s insistence that he was “no freeloader”.