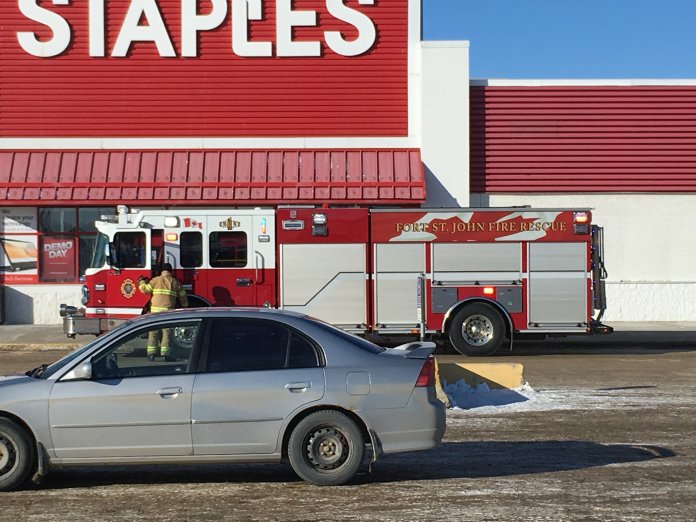 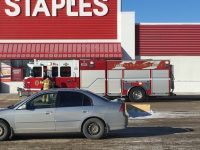 The Fort St. John branch of Staples during the fire (Credit: Scott Brooks)

The city fire department was called to the retailer, in the Totem Mall, following a “minor electrical fire,” according to Energetic city.

The incident, which took place at 10:13am on the first of March, saw the Fort St. John Fire Department on the scene for approximately an hour, after witnesses saw a ceiling ballast and light burst into flames. The resulting smoke travelled through the store’s air ducts and triggered the alarm, prompting a full evacuation of both the store and the Totem Mall.

The conflagration caused “minor damage,” isolated to the store, with Fire Chief Fred Burrows declaring there was no further risk. The store reopened for business after just over an hour, at 11:15am.