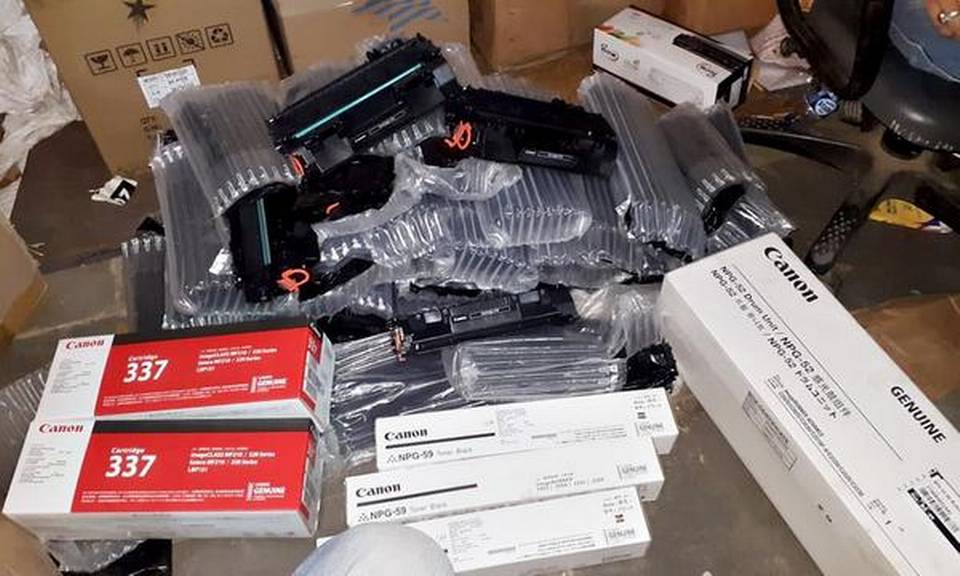 Copyright: The Hindu
Printer parts, inks and toners being sold under brand names that were seized from the accused

The Hindu reported that in January the Mumbai Police Crime Branch arrested Narshi Chaudhary (42) from Saki Naka who allegedly was making and selling counterfeit printer parts and cartridges which were sold as branded products.

Enforcers of Intellectual Property Rights (EIPR), an independent body that fights counterfeiting, gave information to the Mumbai Police Crime Branch which led to the seizing of goods worth ?43 lakh ($60,319.97/ €55,249.41).

The report said: “The teams found a large number of toners, cartridges and inks, which were similar in their make to products by companies like HP, Epson, Samsung and Canon, which were allegedly being passed off as bonafide products.”

After being handed over to the Saki Naka police, Chaudhary was charged under the Copyright Act and police are investigating further how long he has been operating and how many counterfeit products were sold by him.