Lexmark General Manager states that Europe is the most complex environment for counterfeit activities. 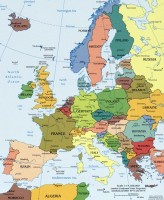 stated that Europe is the most complex environment when it comes to counterfeit activity, and cited the need for increased channel education as well as a collaborative stance, reports IT Web.

Lexmark International General Manager Mark Hiller commented on the intricacies of counterfeit activity in Europe, citing the vast number of countries in close proximity and each possessing different market qualities.

“This creates a highly competitive and sizeable market, providing an ideal environment for counterfeit supplies to operate. The increase in counterfeit supplies in the EU has resulted in the formation of the Imaging Consumables Coalition of Europe, Middle East and Africa (ICCE).

“This is an industry association that is fighting back through education, publicity, lobbying, detection, enforcement and the development of anti-counterfeit technologies such as holograms.”

Hiller states that not only do consumers lack the product knowledge to prevent themselves purchasing counterfeits, but many distributors do not realise the legal and commercial risks of trading in counterfeits: “Unfortunately, the repercussions can be serious, such as legal action, permanently losing customers and potential damage to their reputations.”

Speaking on the South African market, Hiller stated that South Africa was less of a target region than Europe, stating that the region is not a supplies trading hub and has a transparent supply chain.

“From a local point of view, we are quite comfortable with the commitment we have with our local distribution partners in that we do work together to identify any potential sources of counterfeit products entering or marketing to South Africa.

“Through secure partnerships with the channel, we are more likely to identify potential counterfeit operators and ensure that our distributors buy directly from us, thereby supplying resellers and the end-user with authentic Lexmark products.”

A number of OEMs have recently begun action in Europe. Lexmark recently announced the seizure of “tens of thousands” of fake ink cartridges in raids on warehouses in Turkey and Italy, whereas HP and Samsung have issued statements and legal action against a number of European resellers.