Sales of printers through European distributors fell sharply in April 2021 (by 11.3% year-on-year in terms of units), according to the latest data published by CONTEXT, the IT market intelligence company.

The print industry saw remarkable growth in February (up 29%) and March ( up 10.5%). However, this was a result of the backlog of orders built up during lockdown being fulfilled rather than renewed demand, CONTEXT said.

In the face of a new shortage across the EU, consumer printer sales in April were down on the previous year. Even so, the revenue generated during this month increased by 8.2% year-on-year as individuals purchased more expensive entry-level or mid-range business printers (both inkjet and laser) instead.

April’s overall decline was mainly due to the fall in sales of printers targeted at consumers (down 15.1%), particularly those of inkjet multifunction printers (MFPs) which dropped by 12.2% yet still accounted for 81% of consumer sales. 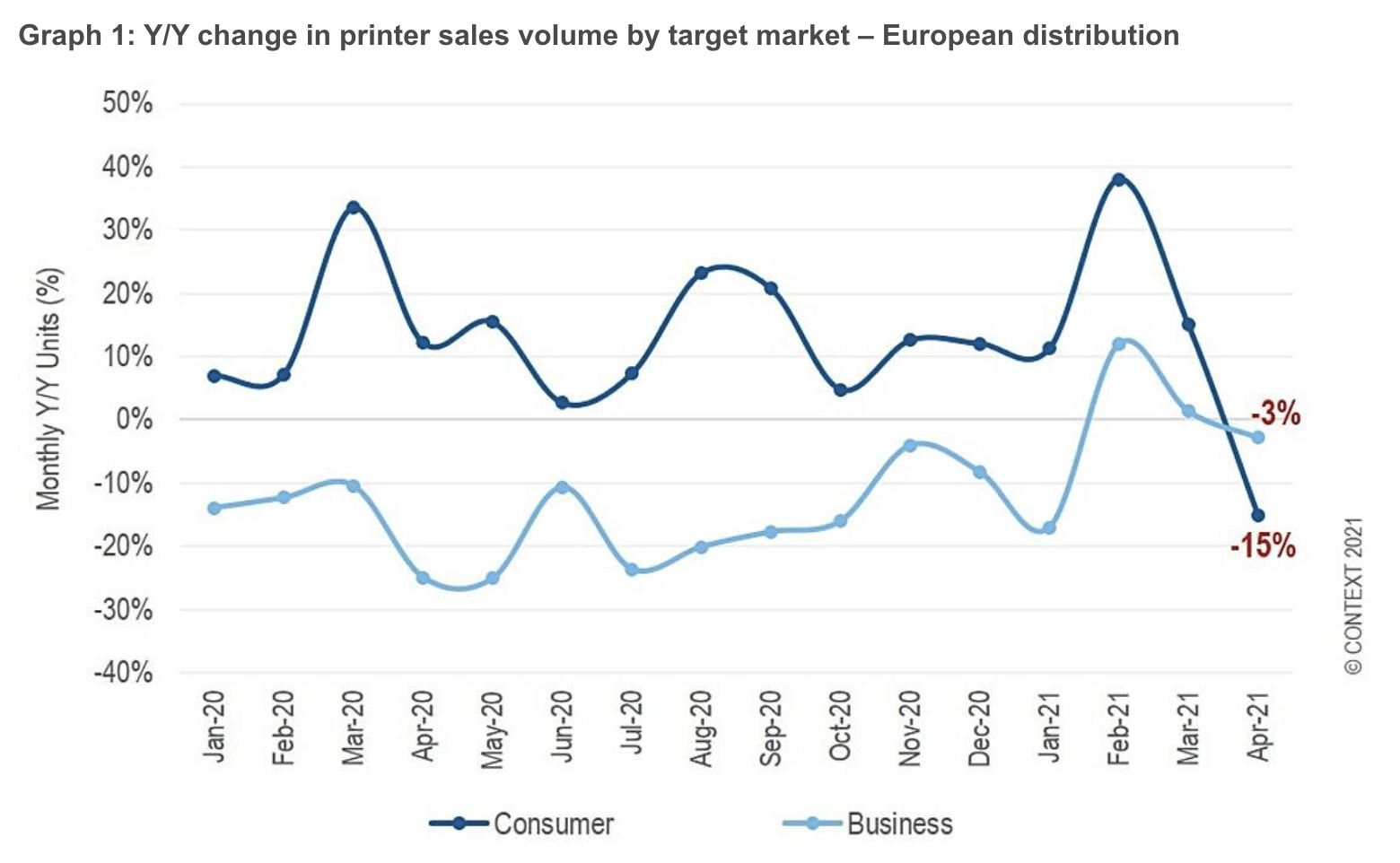 There were severe shortages of both consumer and entry-level business inkjet MFPs during April, which heavily contributed to the overall decline in sales. Sales of ink tank printers saw remarkable growth during the pandemic but slowed to a more modest year-on-year increase of 5% in April, not enough to ensure growth in sales of inkjet MFPs overall.

News from one of our vendors is that a shortage of components is having a severe impact on their production line: it is now taking about four months to produce new printers rather than the usual four-week average. We believe that most vendors will face the same issue and that this will have serious consequences for the performance of the print sector in the coming months, particularly as remote working and e-schooling continue to increase demand for consumer printers of all types. 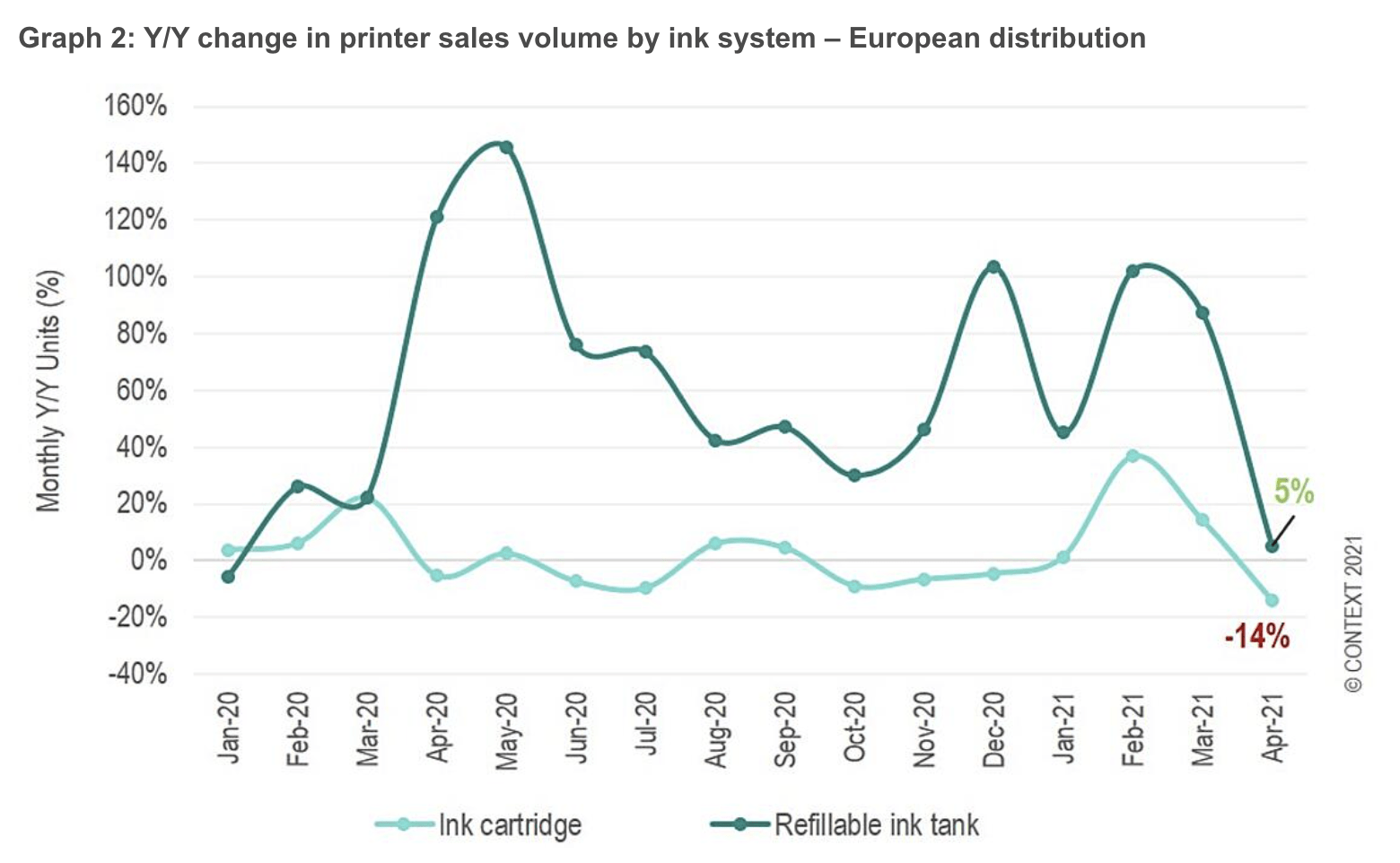 We have already seen the effect of component shortages: during April 2021, sales of consumer printers (accounting for 68% of all printer sales) declined by 15.1% year-on-year, mainly due to the negative performance of entry-level consumer devices (priced up to EUR 200 and accounting for 96% of consumer sales), which dropped by 16.6%. This trend continued into early May and has led to a shift in behaviour towards the purchase of the more expensive mid-range inkjet MFPs (€400-800 ($484-969)) printers which were still available, and which saw double-digit growth.

The United Kingdom was the only country in the Western Europe (WE) Top 5 economies to see growing sales of inkjet MFPs in April (up 13.2%), although this rise is much smaller than the increases seen in February and March. Elsewhere, there was a sharp decline in sales of these models although, as noted above, this was due to a shortage of printers rather than a lack of demand.