Epson: Sustainability is the driving force 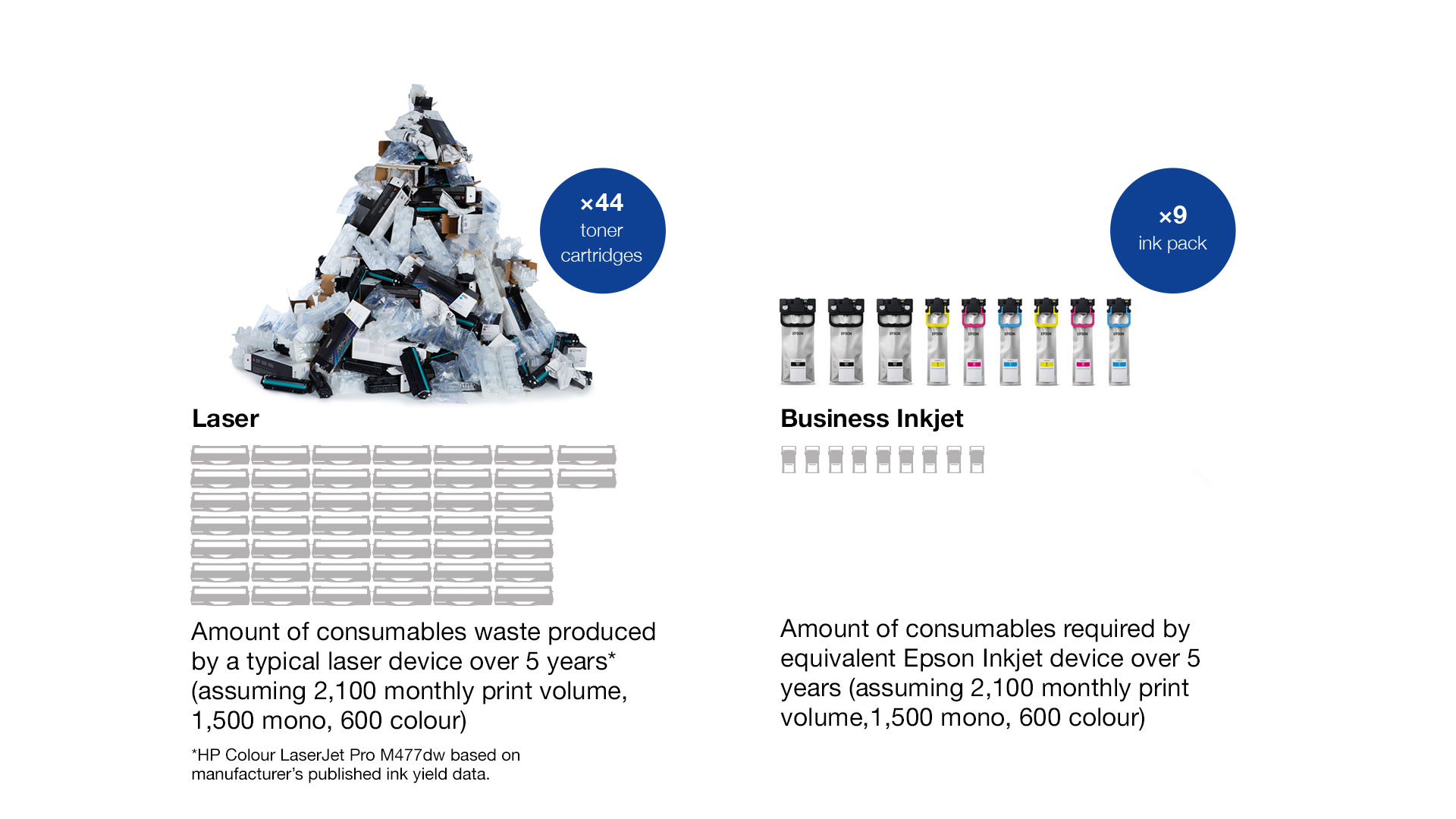 Epson secures 56 percent increase in market share between 2015 and 2019 for business inkjet printing, citing sustainability as the driving force.

Continuing its drive to shift the business market away from laser printers in favour of more sustainable business inkjet printing, Epson achieved a 56 percent market share increase between 2015 and 2019, according to IDC data. This growth positions Epson with 29 percent total market share across western Europe.

Epson said that this success is attributed to the increasing commitment to sustainability seen across western Europe, as organisations make moves to reduce their environmental impact.

In recent research conducted by Epson, nearly half (44 percent) of European businesses confirmed they are prioritising being more environmentally friendly, while 38 percent stated they were under considerable pressure to improve CSR performance.

Phil Sargeant at IDC, an expert in print market adoption, said: “When you consider the pressures that public sector, enterprise and SMBs are under from their customers to be more environmentally friendly and aware of their impact on the planet, an inkjet fleet is able to ease these pressures.”

As one of the manufacturers driving this switch, Epson has invested over half a billion euros ($0.55 billion) into the development, manufacture and distribution of business inkjet. Its sustainability efforts are being recognised across the industry, Epson added. Nine of its products won in three Green MFP categories at the recent 2019 DataMaster Lab Print Awards and the company as a whole secured a Keypoint Intelligence PaceSetter Award for sustainability as part of the testing lab’s recognition of manufacturers advancing environmental initiatives.

Darren Phelps, VP of Business Sales at Epson Europe said: “While CSR is a pressure point for businesses it’s also an opportunity to differentiate from competitors and become more economically efficient. By investing in sustainable technology such as business inkjet printers, organisations are demonstrating their commitment to supporting the planet.”

“Inkjet has made huge strides forward and the concerns previously held by SMBs and major enterprises around inkjet in the office have been addressed,” continued Phil Sargeant from IDC. “We forecast that this will continue to drive an increase in total market share to 40 percent for business inkjet technology in the next five years.”