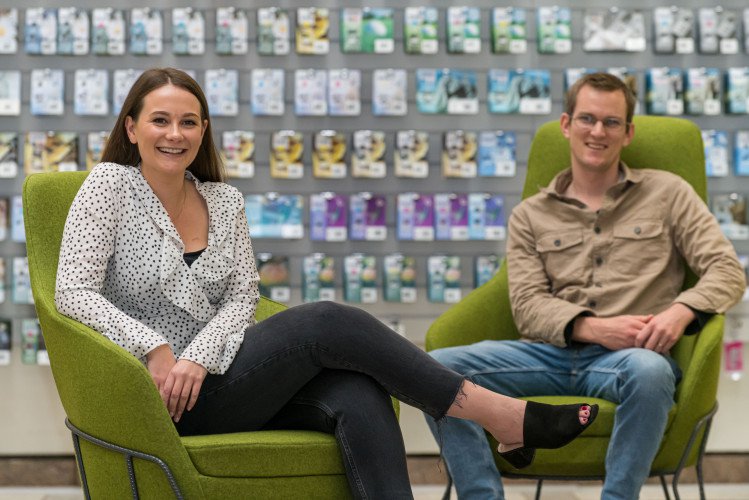 Epson has appointed its first two “myth busters” to its European team to tackle some of the long-established misconceptions about inkjet printers. From ink costing more than champagne to printers being slow and outdated, to Wi-Fi being hard to set up are just some of the misunderstandings about the technology that are still held by many.

Rosalyn Addison will become Global Chief Myth Buster, supported by Charlie de la Haye as her Deputy. Existing members of the Epson communications team, they will take on their additional roles in November, starring in a number of short films that aim to set the record straight and dispel the myths.

Roz Addison, Chief Myth Buster, quipped: “Common misunderstandings just weren’t going away – and we hope by tackling them head on, we can answer these criticisms once and for all. No, ink doesn’t have to be more expensive than champagne. No, they’re not slow and clunky. No, the ink in cartridges does not dry up.”

Charlie de la Haye, Deputy Myth Buster added: “In my role, I intend to clear up some common misconceptions, and offer some helpful hints and tips. I never want to hear someone tell me they don’t use an inkjet because the technology is nowhere near as advanced as lasers. It’s simply not true.”

Epson added: “While the new myth buster roles and videos are light-hearted and meant to bring some fun to the way in which we think about printing, they do underline a serious point. Modern inkjets are based on the very latest technology. Epson spends about $1.2 million (€1.01 million) every day on research and development and the firm is regularly wins global design awards for many of its products.”

The myth buster films will be used worldwide in a campaign running over the next few months and will be available to view on the Epson’s official You Tube channels and social media sites.