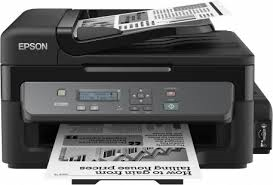 Business Inquirer reports that Epson gained a 34.4 percent share of the IJP market in fiscal year 2012, making it the leading vendor in this category; while the OEM also increased its market share from 81.7 percent to 90.3 percent in the SIDM category, of which it continues to be the leading vendor, according to IDC.

Sales of Epson’s L-series of single-function and all-in-one printers have been attributed to the growth in value share, which are said to provide the “world’s lowest” printing cost and high quality prints. They are also claimed to be the world’s first branded ink tank system printers.

“We believe that our revolutionary Epson L-series [have] paved the way in the increase of our value share leadership in this category,” said Donna V. Ferro, Head of Marcom & Customer Support at Epson. “These figures attest that Filipino customers put a premium on the quality, reliability and overall value for money that Epson offers.”

The company also released its M-series of printers, including the M100 single-function printer and M200 all-in-one printer; which the OEM said are equipped with an ink tank system and can both print up to 6,000 pages per bottle.

In addition to printers, Epson Philippines Corp is also planning to focus on growing its projector business this year, with the OEM reportedly achieving its twelfth consecutive year as world leader in the projector market.

To aid its growth, Epson opened its Epson Precision Philippines Inc. manufacturing plant in Lipa, Batangas earlier this year, which ships over 4.5 million printers and one million projectors to 24 countries and employs over 10,000 people. It also claims to “commit to environmental burden and to contribute to the recycling of resources”.

Toshimitsu Tanaka, President and Country Manager of Epson Philippines Corp, said: “We are excited to confirm our progress in the past years. With the growing numbers that we are enjoying, we are confident that we are on track in making the Epson brand number one in the Philippines and the world. For the rest of 2013 […] we hope to continue offering more innovations that will please the Filipino customers, and make them want to continue a fruitful and productive relationship with us.”

The Recycler reported in April that the company aims to increase its production capacity by 20 percent in 2013, setting a target of producing six million printers and 1.2 million projectors.