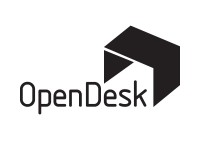 Tim Carrigan, co-founder of UK company Opendesk, says that the principle his design company is based on will spread to all areas of manufacturing.

His London-based furniture business works by the principle of Open Making, which involves taking designs from all over the world and localising production, Edie reported. Under the structure, 70 percent of the price goes to the maker, rather than the 20 to 30 percent under the mass production model.

Customers purchase designs online and have them manufactured locally, and the ‘global-local’ model is increasingly popular with international designers such as Samuel Javelle, Maud Eisberg, Félix Lévêque and Yuichi Hirose.

In addition, around eight percent of the price goes to the designer, rather than the three to five percent under mass production, while both designer and maker gain access to “a global customer-base, and the business will reliably generate a workable revenue”.

Carrigan said the beauty of the model is its sustainability, with no need for long-distance shipping, and manufacture generally only needing “a computer and a CNC machine”. The scope of the Open Making model can be “potentially revolutionary” for UK manufacturing, as Opendesk’s maker partnerships have risen from two to around 400 based in 32 different countries.

Some 300 designers have requested to join the platform as well as 700 makers around the world. The businessman says a “third industrial revolution” is the real objective, with products being delivered on-demand in an ethical and environmental way. 3D printing has helped enhance manufacturing possibilities, while digital fabrication could further extend the product range.

Carrigan thinks that “without the capacity to expand onsite to the size of manufacturing giants like the US, China and Japan, digital access to the global network of independent manufacturers might be a chance for the UK to capitalise on an unclaimed production space”.