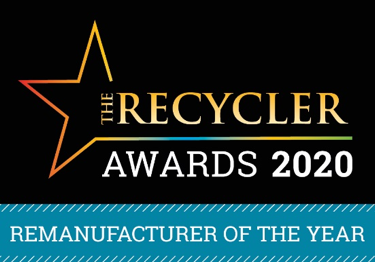 Effective Consumable Solutions rounded off a fantastic 2019 by returning home with two prestigious awards from The Recyclers annual awards ceremony at Paperworld 2020 in Frankfurt, Germany.

Director Chris Fink said: “Following a fantastic year of operational and financial performance and growth these awards are proof that Effective Consumable Solutions are continuing to take huge steps in the right direction on all fronts of our business. We’re also delighted to have been awarded the Remanufacturer of the Year award for the second year running, which shows our continued commitment to providing the best UK-made remanufactured products on the global market.”

The remanufacturer also explained their approach to remanufacturing their award winning products and what it means to beat tough competition from companies around the world to win both awards. 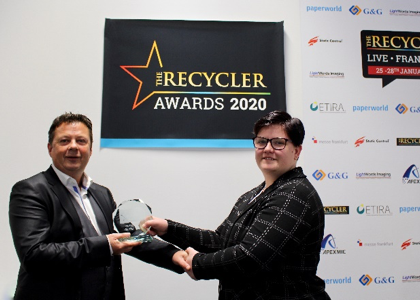 CEO Felicity Rabbitte said: “We emphasise quality, performance and reliability throughout our entire range of products, regardless of the manufacturer brand or type of product. Doing this consistently is also key for us, particularly with the number of poor quality compatible and remanufactured products that are available on the market. Avoiding having our products tarnished with the same reputation as these products is incredibly important, which is why we emphasise these three measures of success.”

Regarding the award Felicity said: “Winning the award is an even more incredible achievement for us as a UK remanufacturer when we take into account the scale and reputation of some of the other companies who we came out ahead of. This has been the case for two consecutive years and is again something we will continue to strive for in the future.”

The Greener Side also discussed their delight over winning Collector of the Year Award and encourages others to take “greater responsibility”.

Following Paperworld 2020’s Annual Recycler Awards, The Greener Side’s award cabinet became a little fuller with the addition of the Collector of the Year Award, which the company were “delighted to receive, especially after an already incredibly successful year” said Director Chris Fink.

Operations Director Adam Lighton went on to said: “We’re very pleased that we were able to add to our list of awards for The Greener Side. The Greener Side is one of the largest and most successful toner cartridge and component recycling schemes in the UK and it’s fantastic for our contribution and commitment to be recognised by winning this sought after award for the first time.” 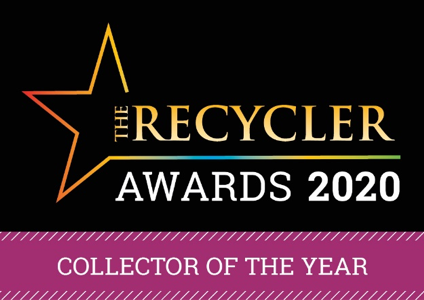 Although the award is a fantastic achievement for the toner cartridge recycler, the company does have its’ concerns about the current state of recycling in the industry and encourages others to consider the importance of recycling more seriously and to take action.

Director of Recycling Adrian Lovatt spoke regarding The Greener Side’s goal for a circular economy and highlighted some concerns that the company has heading into the future: “At times it can feel like we’re fighting a losing battle with the number of toner cartridges being produced and therefore sent to landfill always on the rise. WEEE recycling targets aren’t being met internationally and plastic pollution is increasing, but we are trying to make a positive difference and improve our industries green credentials in the hope of change.”

Lovatt explained further: “The number of toner cartridges still ending up in a landfill is truly astonishing. As an industry whose products and services revolve heavily around the use, production and sale of plastic based products we ought to be doing more and taking greater responsibility.”

The Collector of the Year said it prevents over 1,000,000 empty toner cartridges every single year from entering landfill. The company added it is at the forefront of the campaign to reduce, reuse and recycle the waste produced within our industry.