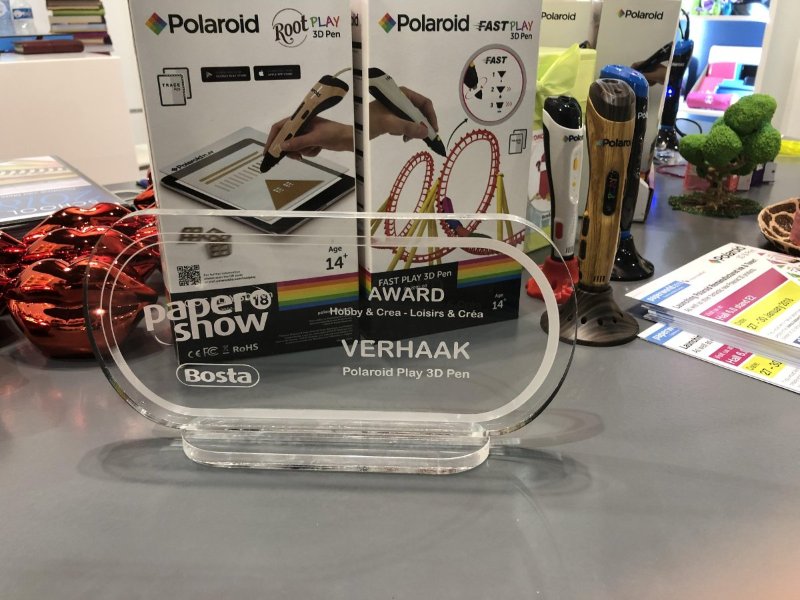 The UK remanufacturing company was presented with a Belgium BOSTA award for its Polaroid 3D pen.

UK-based remanufacturer, Environmental Business Products (EPB) announced its win via its LinkedIn site. The remanufacturer received the award at the 21st Paper Show, which took place in Leuven, Belgium, from 22-23 January 2018.

The Recycler first reported on EPB’s 3D pen, created in partnership with Polaroid, in March 2017. The pen comes with a companion app called Polaroid Play Trace and is aimed at users aged 14 and older.

The two companies have also partnered on the production of a 3D printer and other Polaroid consumables.