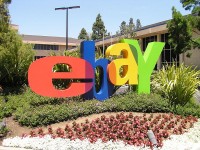 As The Wall Street Journal reports, the lawsuit was filed in Santa Clara County in California and accuses Amazon of “a scheme to infiltrate and exploit eBay’s internal member email system” to illegally poach sellers.

This scheme was alleged to have been used by “dozens of Amazon sales representatives in the U.S. and abroad to recruit high-value eBay sellers”.

As Sky News explains, according to the complaint, these representatives encouraged eBay sellers to communicate with them over the phone in order to “avoid detection.”

eBay has called for Amazon to cease the misuse of its internal email system “and to pay it an unspecified sum”.

Seattle-based Amazon has declined to comment on the allegations.