Mali Servis, OCP and others speak with The Recycler on the eve of the first day of Remanexpo Frankfurt 2012

With Remanexpo 2012 due to start tomorrow, 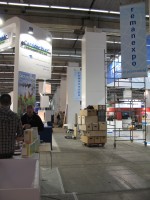 the exhibitor hall is slowly starting to take shape. Intentions and expectations are varied, with aftermarket companies from across the world exhibiting and visiting Remanexpo in the search for new opportunities and reacquaint with familiar faces.

Early arrivers and first-time exhibitors Mali Servis was well underway with the construction of their stall in the early morning. The manufacturing company stated they were unsure of what to expect “but we hope to learn and get something from the experience. If you do not try, you will not get anything.”

The opportunity to liaise with 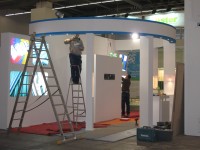 industry figures appeared to be on everyone’s minds, with Aster and OCP remarking on their focus of strengthening existing relationships. Morrow Miao, Marketing Director, Aster, commented: “We have a lot of existing customers who have made appointments with us” although were keen to stress “[we’re] looking to meet with customers from all over… if we make new customers, all the better.”

Long-time exhibitors OCP expressed similar intentions, with Carsten Edelmeier stating: “[we] do not really expect to meet new customers, not at Paperworld, but to catch up with old ones. That’s why we have the bar in our stall, and for everyone we deal with.” 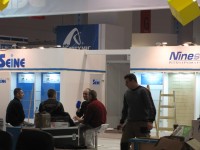 Remanexpo for their eighth year, and meticulously arranging the display in the hopes of attracting new business opportunities, commenting: “Because the main distributors and suppliers are European, we just want to meet with everyone.”

However numerous companies came with the objection of seeking new opportunities, with first-time exhibitors Tonerman preparing a strong front for the coming days. Managing Director Mike Goodman commented: “I’ve visited Remanexpo for several years now, but this is the first time we’re exhibiting. We’re interested in getting our name out there, and picking up new suppliers. Our new app will also play a big part of our presence later.”

Ultimately, the mood was anticipatory 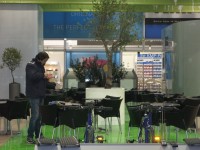 . With more exhibitors arriving throughout the day, the hall began to swell as Messe Frankfurt staff, construction teams and aftermarket figures each reconnoitred the gradual change, casting inquisitive glances at others’ and their own preparations, and the first day should amply deliver on visitor and exhibitor expectations.

Remanexpo Frankfurt 2012 will begin tomorrow Saturday 28 January until Tuesday 31 January. A full list of exhibitors is available here. Make sure to check back on the website for daily updates of the expo.