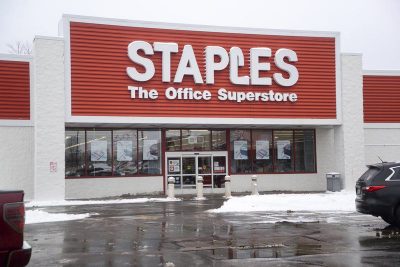 One of Essendant’s largest shareholders, Pzena Investment Management, has condemned the proposed takeover by the office supply giant.

The Illinois-based company’s Board gave its blessing to the Staples bid earlier this week, classifiying it as a “superior proposal” to the previously-agreed takeover bid from S.P. Richards, and its parent company GPC.

Whilst the decision would remain with Essendant’s shareholders, rather than its Board, and whilst until any vote from shareholders the agreed deal with S.P. Richards would still be in place, GPC revealed on Tuesday that it would not make a counteroffer, and was expecting the deal to fall.

However, Essendat’s largest shareholder, Pzena Investment Management, has now stated that it believes Staples’ proposal “does not constitute a superior offer”, and that it “does not intend to support the Staples proposal as it currently stands, if and when it is presented to shareholders.”

With GPC all but surrendering to Staples, it seems Essendant could yet face a tricky decision over the coming weeks, with its shareholders and its Directors differing over the future of the office supplier.