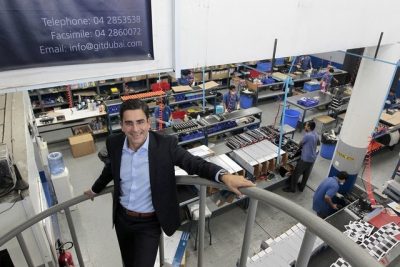 A recent event in the United Arab Emirates examined the part both the public and private sectors have to play in actively promoting the circular economy.

According to the Khaleej Times, the EEG – Emirates Environmental Group – organised a panel discussion in association with the United Nations Environment Programme.

Chair of the EEG, Habiba Al Mar’ashi, said: “Achieving economic growth and sustainable development requires that we urgently reduce our ecological footprint by changing the way we produce and consume. The notion of circular economy has emerged as a beacon for moving away from the take-make-dispose culture, allowing for the efficient management of our shared natural resources and safe disposal of toxic waste and pollutants, contributing to the achievement of Sustainable Development Goal 12 for sustainable consumption and production.”

The panel further asserted that sustainable consumptions means “investing for a clean, efficient and circular economy by utilising the energy trapped within the disposed products.”

Other comments on how to implement a circular economy in the UAE included attracting long-term investment for resource efficiency, as well as Government-provided incentives to encourage both corporations and individuals to shift from the linear model.

As part of the event, CEO of German Imaging Technologies Dubai (GIT), Dr. Sassan Dieter Khatib-Shahidi, provided evidence of both the cost savings and job opportunities that arose through the circular economy, giving the example of the “thousands of jobs” created by his company’s cartridge remanufacturing operations.

Emirate’s Global Aluminium’s Heba Saleh Abdulhameed Akasha also spoke, explaining that it was EGA’s “long term aspiration to ultimately turn all of its industry by-products into feedstock for other industries.” For instance, it is already supplying carbon dust from its Jebel Ali smelter as an alternative fuel for the cement industry.y