Delacamp returning to Paperworld in 2018 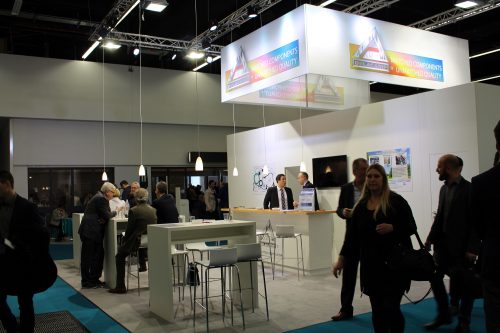 The German supplier will be exhibiting in Frankfurt once again.

The Paperworld 2018 show, which includes the Remanexpo product group, takes place next year from the 27th to the 30th of January in Frankfurt, Germany, with wide interest already being registered; with three months to go until the show, over 120 exhibitors are already confirmed. If you would like to register as a visitor, you can still do so here.

Exhibiting at Booth E29 this year will be the Hamburg-based supplier Delacamp; the company supplies components and consumables to the remanufacturing industry, as well as supplying them for copier machines worldwide. Delacamp is also the distributor of MK Imaging, DC Select, CPT, and Kuroki products in the EMEA region. “The Paperworld is a show for companies selling finished cartridges,” Volker Kappius, CEO of Delacamp, said. “But as the largest independent supplier of quality laser imaging components in [the] EMEA [region] our customers expect us to be present at the show anyhow.”

Reflecting on the supplier’s last appearance at Paperworld, and looking ahead to 2018, Kappius said: “We have decided not to have a big booth but a conference room on the show floor instead two years ago. This concept of having a conference room only proved excellent last year. So, we will have a conference room again in 2018.” All customers and suppliers are invited to make appointments for the show with their contacts at Delacamp.

Last year’s show saw 1,525 exhibitors, and more than 33,000 visitors from 143 different countries. Visitors reported being “extremely satisfied with the many new contacts they made”, while hosts Messe Frankfurt praised the show’s atmosphere, commenting on the “many new international customers” and the “high degree of satisfaction amongst both exhibitors and visitors.” They also highlighted the “numerous new developments and innovations” on display from the exhibitors, calling them “particularly striking.”

To see the complete line-up for Paperworld 2018, and the full seminar programme, look out for our ‘Inside Remanexpo’ feature inside our forthcoming Issue 302, or view our show pages here; our report on the show will feature in Issue 304.

You can read The Recycler’s coverage of the 2017 show here, here, here, and here, as well as our in-depth lookback in Issue 294, available online here.