Dangers of manufacturing in China highlighted 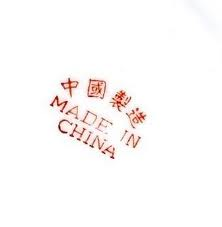 The risk of allowing production of counterfeit products by operating in China is discussed.

The article highlights the case of music speaker manufacturer Xmi, whose portable speakers were manufactured in China. The product’s inventor Ryan Lee explained how after six months of producing the speaker he was being asked for a discount by his distributors in Europe due to counterfeit versions of his speaker being sold for a cheaper price, with Lee commenting: “We had to learn a lot of hard lessons in China. We had a lot of difficulty.”

He added that following the success of his products, other companies in China “could see that our products are moving in such quantities, there must be large demand for this thing wherever it’s selling”, and so began to manufacture products that looked the same, but were lower quality and cost the consumer less to buy.

According to the article, the US International Trade Commission found that American companies in “intellectual property-intensive businesses” saw losses of around $48.2 billion (€37.5 billion) in “sales, royalities, or licence fees” in 2009 due to product infringement in China.

Whye Mun Chan, Senior Vice President of Singapore-based manufacturing company Sunningdale Tech, which holds HP among its customers, explained that manufacturers are often tempted to make excess products to sell on the black market, noting that “the black market is always willing to pay more than the company, because they have no overheads, no marketing costs and no distribution costs”, but added that it is also important for manufacturers to build a good reputation with their customers.

Measures such as installing cameras in manufacturing plants to prevent information leaks or overproduction are taken by many manufacturers, including Sunningdale, and HP are said to supply a limited number of print heads to the company to ensure that only the amount of ink cartridges specified by the OEM can be manufactured.

Another tactic taken by companies is to “split up components among different suppliers and manufacturers” so that no companies have all of the parts required to make a complete product.

However, Lee maintains that the only way to fight back effectively against counterfeiters is to continually improve the product, commenting: “I’d rather throw my money to the engineers, not to my lawyers […] you innovate faster than your fakes. That’s how you play the technology game.”