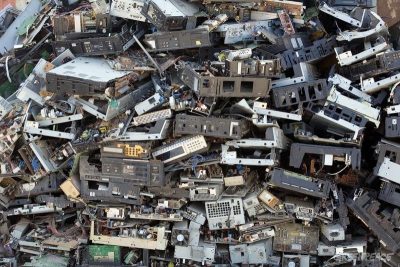 A recent audit office report has declared that Cyprus is still lagging far behind its e-waste recycling goals, reports the Cyprus Mail. The report said that the island nation had thus far failed to meet the minimum recycling goals, as set by the EU Directive on Batteries and Accumulators, and those set by the Waste, Electrical and Electronic Equipment (WEEE) Directive.

The report also revealed “insufficient supervision” of the companies that are licensed by the Cypriot environment department to arrange the recycling of such items. In 2015, WEEE Electrocyclosis Cyprus Ltd. collected 65.7 percent of the directive’s 3,000 tonne minimum goal, although even that was an increase on the previous year’s 52.5 percent.

Last year’s results have not yet been published by the environment department, who are also implicated in the report, for not applying the law to the full and not registering all WEEE producers with the collective system. As a result, calculating the average weight of Cyprus’ WEEE is impossible, and therefore so is calculating the minimum annual collection percentage since the start of 2016.

Furthermore, the report declares that the department has never yet audited the economic conditions of contractors, and that contracts are being signed by licensed companies – such as WEEE Electrocyclosis Cyprus – without the department’s knowledge.

As one named potential solution, the report suggests collective or individual waste treatment systems, that will be licensed instead by the agriculture ministry, but overseen by the environment department.