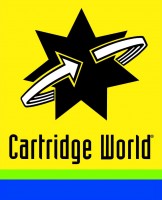 The Cartridge World Store in Traverse City has moved to its new location and has moved from refilling in store to a “finished product business”.

The Traverse City Record Eagle reported on the local shop moving from the Grand Traverse Mall, to the new location in the Colonial Square at 1077 S. Airport Road West.

Bill Burch and Michael Cole opened the new store location on 6 June and are looking to have a four-day grand opening in September. In the interview, Burch explained how in the previous store they had the refilling machines in the back of the shop and the concept used that customers brought in their cartridges to refill.

In 2015 the franchise agreement with Cartridge World was not renewed under the old concept so now the family run store has changed to the new globally adapted Cartridge World “finished product business” concept whereby the customer now takes the cartridge to the store and the cartridge is then sent to a “depot” in Chicago where centrally the cartridge gets tested, refilled and retested once filled. And from there it will be sent out again.

Burch explained that cartridges that are failing the eligibility test and cannot be refilled get shredded and melted down so the material can get recycled.

Cole told The Traverse City Record Eagle “It takes 4,000 years for a cartridge to break down in a landfill. There’s a million in a day thrown away in a day in the United States.”

The only Cartridge World store in north of Midland they do not only operate locally but also cover the northern Michigan area into the Upper Peninsula via drop-shipping.