The latest market data reflects recent improvements in shipments across the industry. 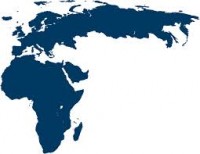 In terms of country-specific results, Context noted that Germany, Spain and the UK “all registered double-digit growth” in the quarter, with overall shipments for Western Europe up by seven percent, whilst the Middle East and Africa region grew eight percent, with the United Arab Emirates increasing its shipments by 26 percent, a “strong performance” from the “largest market of the region”, and thus the “principal driver of this result, with Israel seeing a 27 percent increase and Algeria a 37 percent increase.

Strong performers in Western Europe other than those already mentioned included Austria with a 17 percent increase, though many of the European nations in that area saw declines, with the Netherlands declining by 13 percent, Sweden by 16 percent, and Norway by nine percent. In Central and Eastern Europe (CEE) unit shipments remained flat, though Context noted that this is “an improvement on the previous quarter’s decline”, and added that this was also “principally” a result of the growth in Russia for the quarter of eight percent alone.

Hungary also performed strongly in the CEE region with a 24 percent increase in shipments, though the Czech Republic saw a decline of 30 percent in the quarter. Overall, the results showed big gains for a number of nations in comparison to a small decline across the large majority in the EMEA market.

Zivile Brazdziunaite, Imaging Analyst at Context, noted: “Year on year unit shipments across EMEA register[ed] a positive growth in the third quarter of this year mainly due to HP, which increased sell?in levels into EMEA by 17 percent. HP holds over 40 percent share in total shipments for this period, and saw positive growth through all imaging categories year on year.”