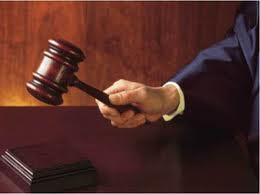 The remanufacturers’ hopes of overturning the June judgement against them have been bashed.

An Atlanta judge has ruled against the defendants after the latest battle in the long-running court case between Color Imaging Inc. and General Plastic Industrial, and Canon, Inc.

Color Imaging and General Plastic moved a Motion for Judgement as a Matter of Law, New Trial and Remittitur in the US District Court for the Northern Division of Georgia, Atlanta Division, earlier this month, following June’s verdict of patent infringement against CI and GPI.

The court ruled then that the two companies had wilfully infringed Canon’s 7,647,012 patent (“the ‘012 patent”), describing certain technology involving toner bottles and how they connected to a Canon imageRUNNER copier, and awarded $4.5million (€3.8million) in damages to Canon. In response, CI and GPI filed a memorandum in August arguing that the Type B bottle was in actuality not covered by Canon’s patent.

Court documents seen by The Recycler state that the defendants “have argued everything but the kitchen sink to persuade the Court to reverse, vacate, or modify the jury’s verdict”, with the two companies seeking JMOL (claiming insufficient evidence for the original verdict), a retrial, or remittitur – a reduction in the amount of damages awarded.

CI and GPI’s arguments included the exhaustion, implied license and permissible repairs defences; during the original trial, the Court advised the jury on these defences “based on its best understanding of the existing case law.” The Court decided that the defendants failed to show that the Court’s instructions were “a manifest error of law” and so denied this motion.

CI and GPI also claimed the jury could not say there was evidence that it was wilful infringement, but using the evidence that it had continued to sell the Type B bottles after learning of the ‘012 patent, the Court also denied this motion.

Further motions put forward by the two remanufacturers included that the testimony of their expert, Dr. Sturges, was not fully taken into account by the jury; that under the Reverse Doctrine of Equivalents defence, the Type B bottle was so far changed in principle from the patented product that it performs a similar function in a substantially different way; and that the ‘012 patent is invalid due to “lack of written description or indefiniteness.” All three of these motions were denied by the Court.

Finally, CI and GPI claimed for remittitur, arguing that the damages awarded to Canon – based on a royalty rate of $12 (€10) per empty toner bottle – exceed the remanufacturers’ current profits and revenue. Case law, however, shows that the Court is “not bound by Defendant’s profit margin when determining royalty rate per bottle”, and therefore the Court denied this motion as well, upholding both the original judgement and the total damages awarded.

Since publishing this story, Michael Sandonato, Canon’s lead trial counsel and chair of Fitzpatrick, Cella, Harper & Scinto’s Electronic and Computer Technologies practice group commented to The Recycler: “The jury’s findings were entirely consistent with the law and the evidence presented at trial, and Canon is pleased that the court has sustained the verdict in all respects.”