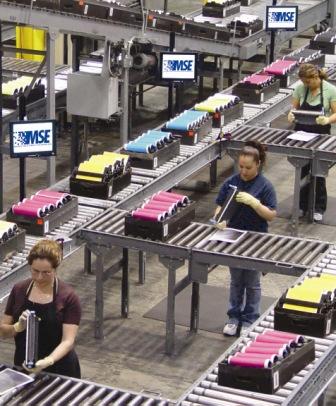 The “WARN” notice was filed by the company on 17 August with the state Employment Development Department advising of the layoff of 155 permanent staff at the Van Nuys location.

Clover acquired the facility in 2014 following its merger with MSE, and in April 2016 The Recycler reported that Clover had eliminated the second shift at the cost of approximately 205 staff.

In July 2016 Clover renewed the contract the former MSE facility, and commented that Clover “remains committed” to the location, “renewing the lease through the end of 2019”, with the site remaining a central part of CIG’s US distribution as well as manufacturing and packaging”. Clover also said that the Van Nuys facility was a “key research and development centre for colour and monochrome toner”.

At the end of 2016, the San Fernando Valley Business Journal reported that a further 115 staff had been let go.

This latest round of layoffs are effective as of 17 October this year, but The Recycler understands that the facility will remain open for the remainder of the lease period.