Clover Technology’s Jim Cerkleski was interviewed about the future for the company. 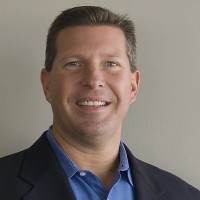 The Imaging Channel interviewed Cerkleski, noting that the company is a “global powerhouse in the imaging supplies industry” and “the world’s largest collector and recycler of inkjet and laser cartridges”. On Clover’s rebranding into two divisions, Clover Imaging Group (CIG) and the Wireless Group, Cerkleski stated that both are “so different from each other that we wanted to clearly separate them to allow both […] to leverage their exposure”.

CIG is now “focused now on the mid-market”, as “most know Clover as a very large company that sells only to the big guys, but it’s clear to us that the growth in the business is going to be in the mid-market […] it’s going to mean partnering with the OEMs, and probably more importantly, it’s MPS focused. Unfortunately, some of our clients don’t seem to really understand that. They haven’t embraced MPS [or] the whole concept of being a full-solution provider”.

He added that “they haven’t taken advantage of [our] comprehensive solution when it comes to not only the toner and the ink, but also the parts and the services behind it and our total cost of ownership (TCO) commitment. They haven’t found a way to take advantage of it — they remain transactional buyers that buy toner and like good quality and good pricing. There’s a lot more to this business now, and that’s the real reason for the rebranding”.

Expanding on OEM partnerships, he noted that “our international presence is a factor […] and sends a message that we’re not just a US-based company […] we can be more than just a remanufacturer to the local market. Our reach is so much greater than anybody else in the space, and we weren’t taking advantage of that. Even some of our best partnerships didn’t take advantage of that footprint that we had.

“The OEMs are fully taking advantage of it, and they should. It’s a lot more meaningful to them. They can have an international partner service them”. On creating CIG, he noted that “the whole idea of rebranding, to creating [CIG] that, first of all, we merged MSE into our holdings. We need the marketplace to see that we are one company, that this is one group. We’ve had a really successful integration with MSE. Yes, MSE is a great company, but it’s really more — MSE is a brand”.

He added that “we learned a lot from MSE when we merged […] they have great, high-touch relationships with their customers […] as a result of the merger, we were able to deploy the best practices from both worlds — our systems technology and ability to leverage the teams that we had, and MSE’s excellent client relationships. We brought the teams together to create the best of breed, and that’s what [CIG] now is going out to market and executing on.

“It’s not lip service — we are servicing the customers significantly better than we did when we were just Clover”. On CIG’s biggest challenges in future, he added that this “is the same challenge that we’ve been faced with for the past two or three years, and it’s the clones coming into the marketplace. US Customs and the OEMs claim that they’re going to shut it down, but they really have not been able to make any discernible impact.

“I think that the challenge is going to be whether they truly can shut it down in a timely fashion before the legitimate players are taken out of business, because it’s really scary. I am in constant communication with the OEMs about this issue and that’s one of the reasons why I want to partner with the OEMs.

“I want the OEMs to know that the legitimate remanufacturers are not the bad guys, it’s the blatant and disrespectful clone manufacturers that have no respect for IP at all. They’re getting away with destroying an entire industry. I see it in my empties collection — I collect more empties than anybody in the world, and my reverse logistics business is massive. It’s costing me millions and millions of dollars a year to take back product that is worthless to us and everyone else.

“Because Clover is a certified environmental company, we have to discard the useless IP-infringing cores responsibly and it is very expensive to do this. Part of the strategy for combatting this is partnering with the OEMs and helping them by educating them on what we are seeing out there in the market”.