Luke Goldberg, Executive Vice President of Global Sales and Marketing at Clover Imaging Group (CIG), said the industry should “read the numbers, not the headlines”. 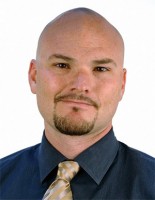 The Imaging Channel hosted a blog from Goldberg in which he noted that “if you have been in the imaging industry for any length of time […] you know that on any given day a Google search will yield a vast number of articles predicting the death of printing”. He adds however that “the fact that this has been true for several years now leads to the question: is print really dying?”

He went on to note that there is “no question that the office printing business is under attack” from “economic pressures, adoption of mobile devices and advancements in digital display technology”, while forecasts “show declines in print and hardware placements in most segments”. However, Goldberg added that “it’s worth our while to actually look at that research rather than simply glancing at headlines”.

Citing the most recent quarterly results from IDC, Goldberg pointed out they showed “an overall decrease” in printer sales of “more than 10.8 percent”, but the overall market was “still 27.58 million units […] no small number of hardware devices”. Additionally, “high-end colour laser devices continue to grow, meaning colour, which has always been an enormous opportunity for the aftermarket supplies industry, continues to represent potential growth”.

He points out that “historically, we have managed to capture a relatively small piece of the lucrative colour market; the opportunities only continue to increase for those who provide a product that competes with the OEM in quality and value”. On a geographical basis, IDC’s analysis “shows positive trends as well”, such as 7.2 percent yearly growth in Canada, or that mature market shipments “declined only slightly in volume and increased in value”.

Goldberg pointed out these were the “result of a shift to higher-value categories – single-function to multifunction, monochrome to colour […] these numbers represent tremendous opportunities for the aftermarket”. The “huge uptick in new hardware introductions in the home office/enterprise hardware market” also saw “twice as many […] compared to the same time frame in the last three years”.

Highlighting Quocirca’s MPS analysis, Goldberg pointed out that “88 percent of organisations view MPS as an important driver for digital transformation”, though “the starting point for a digitalisation strategy is still the MFP”, which are still “fully capable of printing — and you can be sure they will continue to do so”. Page volume forecasts are another area “where it pays to read the numbers rather than merely the headlines” such as people “are printing less” or “the paperless office is coming”.

His view is that while volumes are down, they’re “just under three trillion […] it’s not time to compose eulogies just yet”, while the mobile workforce and mobile printing having improved from the “myth perpetuated by desperate [OEMs]” to become more common and “in demand”. He concludes that while print is not going “to have the same prominence it did 20 years ago”, and will “certainly […] give way to digital for certain applications”, the paperless office “is a long way off”, and we are merely “seeing a transition to the ‘less-paper’ office”.

This, Goldberg comments, “does not mean print is dead and there are no more opportunities in the imaging supplies market”, as the SMB “remains a great opportunity for MPS solutions, OEMs are releasing new hardware at the fastest rate in year”, and hardware “is being used to produce trillions of printed pages. The opportunity is there, and it is huge if you simply look for it”.