After five quarters of growth driven by accelerated buying for remote work and learning, global shipments of Chromebooks and tablets recorded their first decline since the onset of the pandemic in 2020, according to IDC.

Chromebook shipments declined 29.8% year over year in the third quarter of 2021 (3Q21) with volumes dropping to 6.5 million units while tablet shipments recorded a 9.4% year-over-year decline falling to 42.3 million units, according to preliminary data from the International Data Corporation (IDC) Worldwide Quarterly Personal Computing Device Tracker. Easing restrictions across many geographies led to increased spending in other categories, which weakened Chromebook and tablet demand. The decline also stems from the comparison to a strong third quarter in 2020 when consumer device shipments peaked. 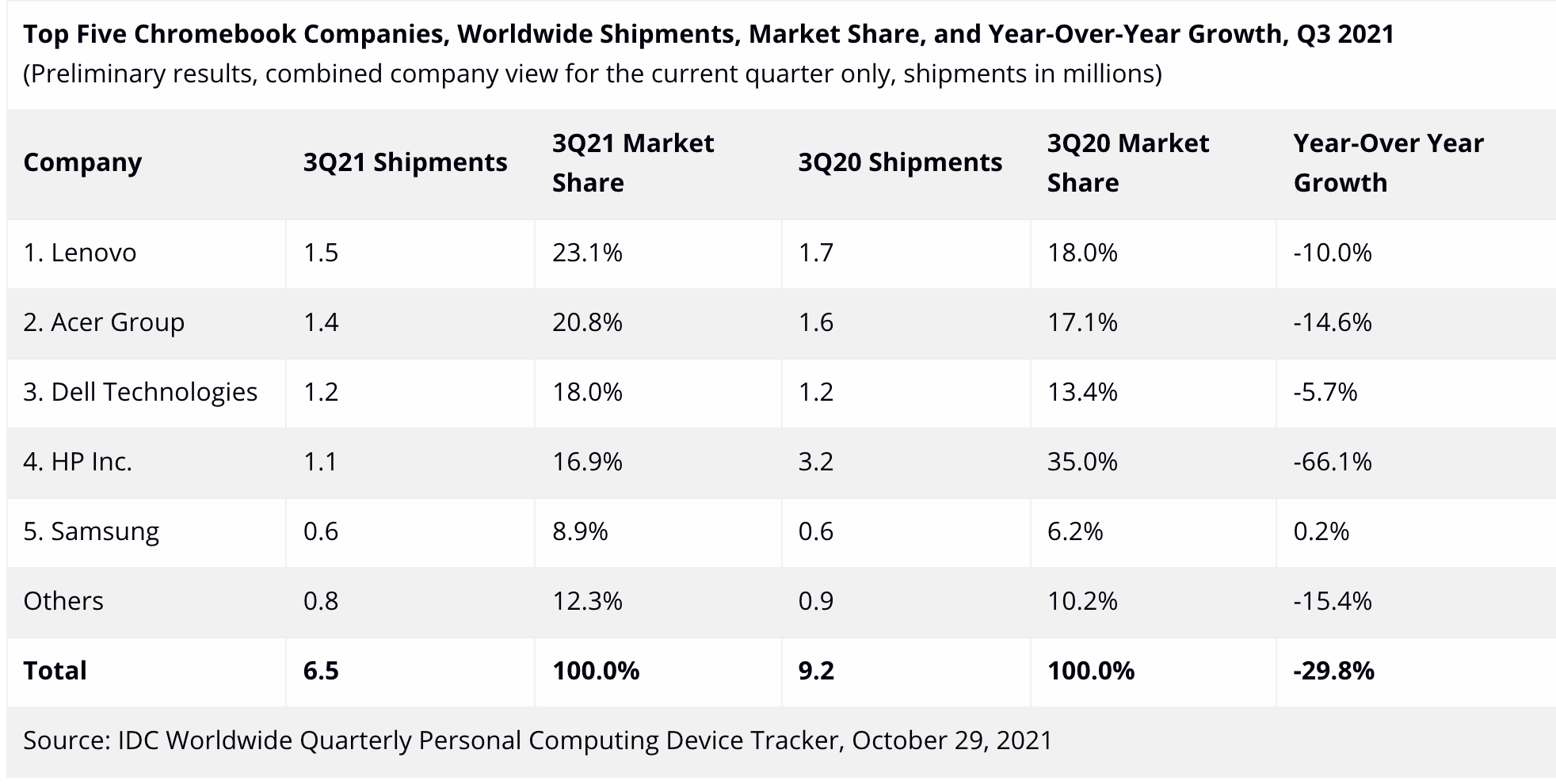 “Many schools and governments blew out their budgets to provide devices for remote learning and even consumers aggressively purchased devices for learning in 2020. As a result, some saturation in the education market is expected in the near term,” said Anuroopa Nataraj, Senior Research Analyst with IDC’s Mobility and Consumer Device Trackers. “This directly impacts Chromebooks and even tablets to some extent, especially in developed markets such as the U.S. and Western Europe, due to high volumes in the preceding quarters. However, Chromebooks continue to increase their footprint in emerging markets such as Asia/Pacific (excluding Japan and China), Latin America, and the Middle East & Africa, but sales in these regions account for less than 13% of the overall Chromebook volume and hence are far from moving the global market.”

Tablet sales grew in the last year due to many factors, including their versatility, component shortages on the PC side, and a comparatively lower selling price. Despite the slowdown in demand, commercial use of tablets in verticals such as logistics, healthcare, and banking is expected to persist as the pandemic has changed the way many of these businesses conduct day-to-day operations. 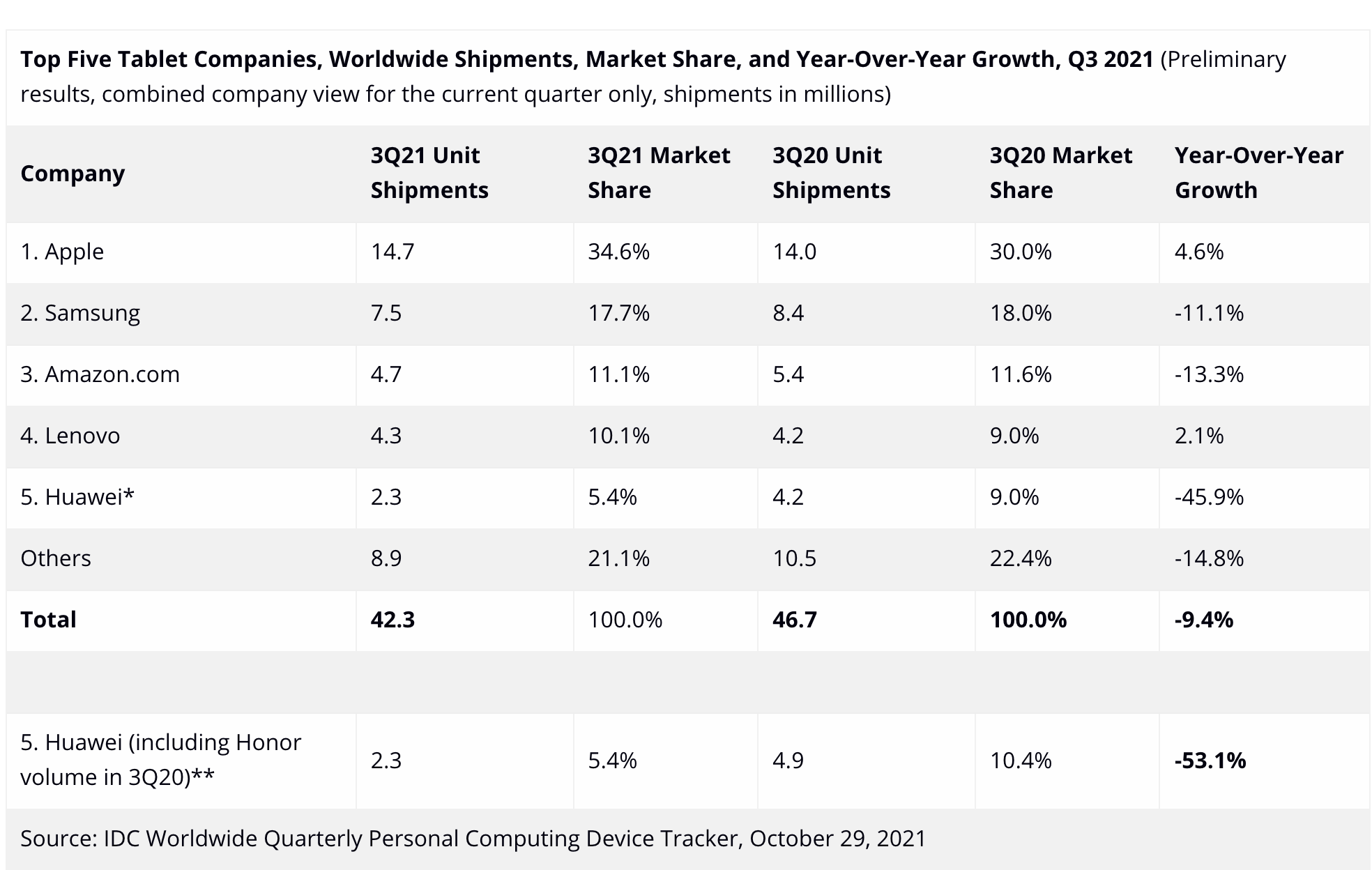 “Though reduced demand is largely to blame to for the declines in these categories, limited supply has also been a factor,” said Jitesh Ubrani, Research Manager for IDC’s Mobility and Consumer Device Trackers. “The combination of these two factors is likely to create opportunity for PC makers as shared components, production capacity, and freight availability could be shifted to other categories such as Windows notebooks or perhaps gaming PCs, which continue to see higher demand and greater profitability.”