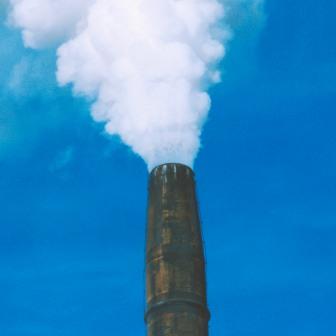 Beijing’s new attempts to tackle pollution could have a knock-on effect for companies sourcing products.

Companies sourcing products from China could be left in a difficult situation following the country’s Environment Ministry’s hardline stance against ‘heavy polluters’, reports Global Sources. Tens of thousands of factories have been shut down already, in a tightening of environmental laws.

Following decades of rapid manufacturing and industrial growth, the nation is now home to some of the world’s most polluted cities, with one of the primary concerns being the pollution of groundwater – leading to safety concerns surrounding drinking water. These concerns led to the adoption of the ’10 Measures for Environmental Protection’.

The Chinese government is now rigidly enforcing environmental laws, which have been in place since adoption in 2013, but with less punishment for non-compliance – a fairly common occurrence if factories were either unaware of, or unimpressed by, the legislation. Now, however, China is forcing factories to comply, or face production being closed down indefinitely.

Research by Global Sources suggests that the plastic industry is one of those affected, along with printing, textiles, chemicals, rubber, and a variety of others. The ‘environmental audits’ so far have been taking place in regions throughout Northern China, although Global News predicts that “the later phases will reach other regions.” So far, factories have been affected in Beijing, Sichuan, Guangdong, Shandong, Henan, Hebei, Tianjin, Zhejiang, Jiangsu, and Jilin.

For many factories, however, it is not a straightforward issue of compliance or non-compliance. The “opaque” policy details mean many factories are unaware of exactly what constitutes compliance or not, and so may be running the risk of being shut down without realising it. When a factory is closed, there is no clear timeline informing them when – or indeed if – production may resume.

Global Sources highlight that these developments in the country could seriously affect any international company sourcing their parts or products from China; it recommends contact your factory immediately to check if they have been, or will be, affected – “Chinese culture doesn’t encourage people to reveal bad news until it happens”, it points out.

It also alerts companies that even if a factory has passed the environmental audit, there is still a risk that component subtractors could fail it, leaving an equally problematic spanner in the works. Several solutions are mooted, the most extreme being to move production out of China altogether, although the primary recommendation is to make contact with the factories themselves, to ascertain their success – or otherwise – with the environmental audit.