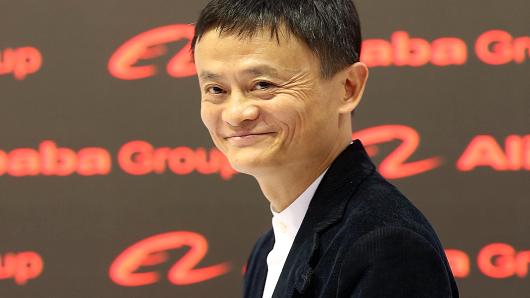 CNBC reported that the founder of Alibaba has made an appeal to the Chinese parliament for stronger laws against counterfeiters of fake goods and in a statement to delegates said: “The majority of counterfeiters are not held legally responsible for their actions.

“If the penalty for even one fake product manufactured or sold was a seven-day prison sentence, the world would look very different both in terms of intellectual property enforcement and food and drug safety, as well as our ability to foster innovation.”

Ma’s company has been “under fire” for being unable to keep fake products off its online shopping sites and Ma was quoted as saying that counterfeits were a “cancer” to the company despite Alibaba’s persistence in banning fakes and sellers of counterfeit products.

Last year the company was named on the US “notorious markets” list which shames the “worst offenders dealing in counterfeits” and the US government said: “Current levels of reported counterfeiting and piracy are unacceptably high” and that 95 percent of products claiming to be brands were fake.

The company has previously been sued by Kering, a “luxury brand group that includes Gucci and Yves Saint Laurent” and there was discernment last year when Alibaba was allowed to join the international group Anti-Counterfeiting Coalition.

The recent comments from Ma have been seen to be a deflection of responsibility as he said that Alibaba had been “a victim of counterfeiting” and stated that: “There is a lot of bark around stopping counterfeits, but no bite.”

Last week the company said in a statement that it was “suing a Taobao merchant suspected of selling counterfeit Mars pet food for RMB […] for violation of contract and goodwill” and asked the court to “compel the defendant to publish a written apology in several prominent print and web publications for a week.”