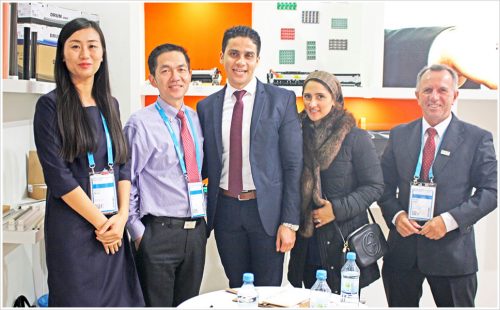 The Chinese supplier has been looking back at the recent successful edition of Paperworld 2018, which ran from 27-30 January in Frankfurt, Germany.

As CET Group explains, the Messe Frankfurt-hosted industry show was well-attended, with over 30,000 visitors from over 60 countries.

During their time at the show, CET exhibited a variety of products, including their new CET chemical toner, fuser assemblies, drum units, waste containers and an assortment of compatible spare parts.

The company also took the opportunity to draw attention to its integrated industrial base in Cao Feidian, in addition to its intelligent automated production line.

By the end of Paperworld 2018, according to CET Group, the company had acquired various new customers from “Russia, Britain, Italy, France, and other countries”.