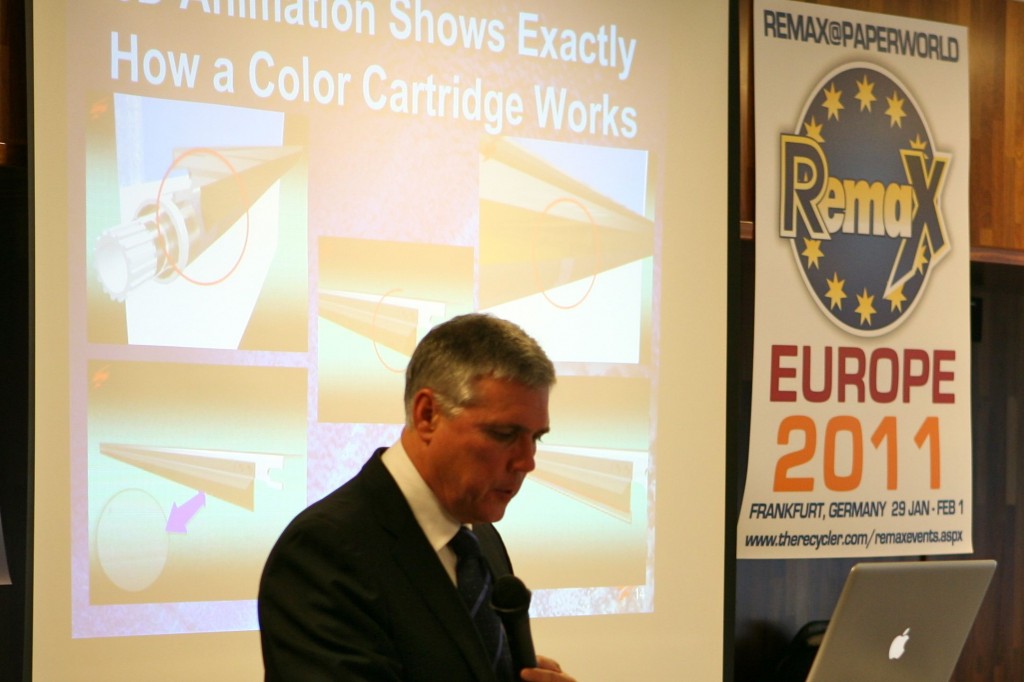 Steve Weedon bows out after eighteen years at Static Control

Steve Weedon, CEO of Static Control Europe and Executive Vice President of Static Control in the USA bows out after eighteen years at the helm. Weedon who is credited with Static Controls early expansion into Europe Middle East and Africa and more recently into Asia. Weedon leaves the company on January 31st. Weedon joined Static […]

Mali Servis, OCP and others speak with The Recycler on the eve of the first day of Remanexpo Frankfurt 2012 With Remanexpo 2012 due to start tomorrow, the exhibitor hall is slowly starting to take shape. Intentions and expectations are varied, with aftermarket companies from across the world exhibiting and visiting Remanexpo in the search […]

Prebate case a forerunner to new US IP acts