Aftermarket franchise will embark on a two-month fundraising campaign for the charity in North America. 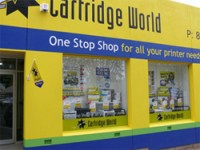 its stores will be participating in a fundraising scheme for the National Breast Cancer Foundation in a bid to raise $100,000 (€79,301), reports Union Bulletin.

The two-month fundraising campaign will be centred on the Walla Walla Cartridge World store. Throughout September and October, customers can opt to have their purchases rounded up to the nearest dollar, contributing the change they would have received to the charity.

The fund raised from the “Round Up for Pink Ink” campaign will be used to offer early detection services and support programmes for breast cancer patients, and Cartridge World North America stores will be distributing information about the National Breast Cancer Foundation programmes.