The retailer is leading the global fight to prevent printer cartridges ending up in landfill sites.

Annually more than 350 million printer cartridges are discarded in North America alone and worldwide it is 70 percent, with a hugee overall impact on the environment. Cartridge World stated 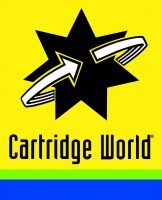 that it is one of the businesses that are creating new incentives and pushing renewable and recycled cartridges for printers.

Recycling and remanufacturing these consumables, the company noted, is the best way forward, and on average laser cartridges can be remanufactured three to four times before they need to be recycled. This prevents up to two pounds of waste, and not only that, it saves Cartridge World “30 percent on product costs” due to remanufacturing the cartridges.

The retailer has also released the No Cost Printer Lease Programme, which helps save on “printing costs” reducing them by 20 to 30 percent while reducing “your carbon footprint”. Cartridge World concluded that it sees recycling and remanufacturing as the pathway to helping save the environment, and both programmes as well as the lease programme are aimed at doing just that.