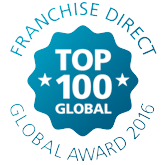 The company announced that it had been named in the list, with each franchise appearing in the top 100 said to have “excelled at international expansion, investing time and resources to acquire linguistic capabilities while combining them with cultural sensitivities”. Additionally, because of “the dismantling of trade barriers, franchises have achieved better economies of scale which allow them to grow and develop in foreign markets”.

Other “important variables” taken into consideration by Franchise Direct include: system size, based on number of units; company sales revenue; stability and growth; support for prospective and current franchisees; environmental policies; and corporate citizenship. Cartridge World added that it was named in the list last month, and has “over 1,000” stores “across more than 50 countries”, making it the “global leader in the $80 billion (€72.6 billion) imaging aftermarket industry”.