Michael Davis, Cartridge World Atlanta franchisee, has spoken on the city’s predicted growth in 2013 and on the performance of his Cartridge World store that is situated seven doors away from a Staples branch. 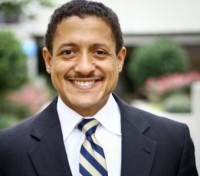 proximity, Davis revealed a number of advantages: “Being close to a major retailer like Staples actually has its benefits. I’m within walking distance, which offers customers a convenient option, plus I’m able to adjust pricing or run specials at anytime, and I have more face time with customers, which builds trust and keeps them coming back.”

A recent Bank of America Small Business survey, conducted semi-annually, has revealed that many Atlanta small businesses are preparing for growth in the new year. 58 percent of respondents predict increased revenue while only seven percent anticipate decline, and 36 percent are planning to take more staff.

The survey also revealed that many Atlanta small businesses cited factors including customer service and reliability as to why customers choose to shop with them rather than major chains.

Davis also spoke on his views on the future of small businesses: “Small business owners are turning away from traditional funding methods to non-traditional methods such as crowd-funding and sites like Kiva.com, which connects thousands of people to borrowers and partner institutions around the world, working together to create opportunity. I believe this is the future for financing a small business.”