The OEM has agreed a deal with LD Products in the District Court case, whilst a number of defendants are opposing Print-Rite’s settlement in the ITC case. 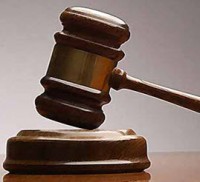 Actionable Intelligence (subscription required) reported on the new developments in the two Canon cases in the USA, with remanufacturer and reseller LD Products becoming “the next to agree a deal” with Canon in the US District Court for the Southern District of New York.

The settlement concerns a smaller number of patents than at the onset of the case, with the original 12 patents now reduced to eight after Canon filed disclaimers at the USPTO (Patent and Trademark Office) “disclaiming all claims” of the ‘304, ‘744, ‘640 and ‘085 patents. The OEM had previously dropped some of the patents from the USITC case as well.

In agreeing to the injunctions, LD Products faces the usual ban from “making, using, selling, or offering for sale in the United States, or importing into the United States, any of the accused products and any other toner cartridges or photosensitive drums that are not more than colourably different from the accused products, and that fall within the scope of one or more claims of any of the remaining asserted patents”.

In the USITC case meanwhile, begun in May this year, similar actions to a previous joint opposition from a number of respondents came in early October from the Ninestar companies and ILG (International Laser Group), which have filed a partial opposition to Print-Rite’s recent settlement in the case. The companies argue, according to Actionable Intelligence, that “while they do not oppose the termination of the Print-Rite respondents”, they “do oppose […] the request by Canon and Print-Rite to limit access to their settlement agreement”, which had seen much of its information censored.

Ninestar and ILG’s perspective is that the censoring was “far beyond the specific financial terms” of the agreement, and as such have asked Judge Shaw to “deny the request” to censor the agreement. The companies further add that the agreement “contains a provision in which Print-Rite agrees not to contend that the defence of permissible repair allows the use of a non-Canon photosensitive drum in a remanufactured cartridge”, which is said to be information they require as they are “arguing that Canon has misused its patents and has unclean hands”, the news site adds.

In summary, they believe that it is “impossible to determine the full and complete scope of the agreement […] even though the breadth of such agreements is directly relevant to respondents’ patent misuse and unclean hands defences”, calling the redactions “excessive”; Judge Shaw, Actionable Intelligence adds however, didn’t appear to “make any determination about opening up the content of the settlement agreement”, and his order simply notes that the agreement met the requirements of the USITC, with no evidence found that terminating it would be “contrary to the public interest”.