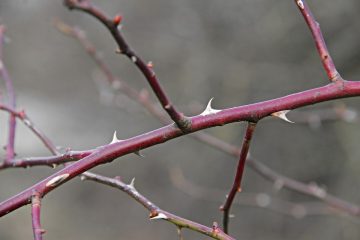 The OEM has been seeking amendments to its complaints filed with the USITC against a number of companies accused of infringing its US patents.

Earlier this year, Canon made headlines in the USA and further afield for filing patent infringement lawsuits against dozens of companies. So far, a handful of these cases have already been resolved, but many more have yet to reach a conclusion.

Now, in new legal papers viewed by The Recycler, it has become apparent that Canon is seeking amendments to several of its complaints filed with the U.S. International Trade Commission.

Firstly, in papers filed on 25 May 2018, the OEM filed a motion to amend its Notice of Institution and file an amended complaint. This manoeuvre would see Aster Graphics-HK added to its list of respondents, and the names and addresses of some of its other respondents altered. The papers also showed that the counsel for some of the respondents (Ninestar Corporation, Ninestar Image Tech Limited, Ninestar Technology Company, Ltd., Apex Microtech Ltd. and Static Control Components, Inc.) had not responded to Canon’s motion.

Consequently, Canon requested the issuing of an Initial Determination.

In further papers filed on 6 June 2018, the OEM then opted to withdraw the aforementioned motion filed on 25 May, in order to file a new amended motion.

The following day, 7 June 2018, two sets of papers were filed by the OEM. The first regarded Canon’s unopposed motion for leave to effect personal service on unserved respondents. In these papers, it was revealed that the Office of the Secretary of the U.S. International Trade Commission had failed to serve five companies with Canon’s complaint and a Notice of Investigation, as at least two of the companies (Ourway US, Inc. and Global Cartridges) had changed address.

As a result, the legal documents show that Canon is seeking leave to serve the complaint and Notice of Investigation itself, citing the following legislation: “With leave from the presiding administrative law judge, a complainant may attempt to effect personal service of the complaint and notice of investigation upon a respondent, if the Secretary’s efforts to serve the respondent have been unsuccessful.” 19 C.F.R. § 210.11(b).

The second set of papers, filed on 7 June 2018, regard the OEM’s unopposed motion for an order to show cause and entry of default, regarding certain respondents. In the documents, Canon states that it is seeking an order “to show cause why” fourteen of the respondents in the investigation “should not be found in default for failing to respond to the complaint and the notice of investigation.” The OEM is also seeking “an initial determination finding in default those Defaulting Respondents that fail to show the requisite cause.”