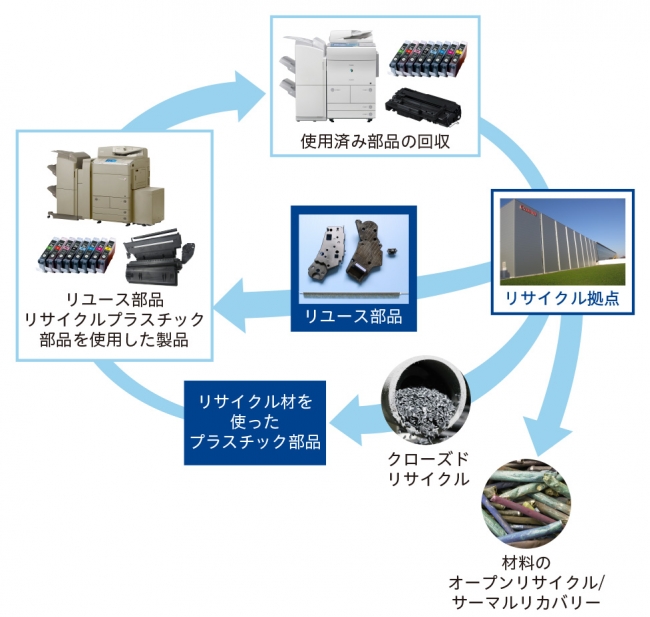 The OEM has released the results of its recycling operations of cartridges and used machines, happening in its Eco Techno Park in Bando City, Japan, claiming it has recycled over 23,000 tonnes in total so far.

Canon announced that in the past five years up to 2018, the total amount of plastics produced from Canon’s used products is 23,342 tonnes in total for the entire Canon Group, of which  15,941 tonnes has been reused in its products and parts.

The OEM emphasised that the reuse and recycling of the used and collected products of the group are for raw materials for its products, promoting a closed loop recycling strategy.

It said: “In addition to saving resources by reducing the size and weight of products, Canon is pursuing resource recycling of “product-to-product”, which creates new products from recovered products. Above all, we are focusing on closed-loop recycling of toner cartridges and remanufacturing of MFPs at Canon Eco Techno Park.”

Canon Eco Techno Park was opened in Bando City, Ibaraki Prefecture in February 2018 as a base for environmental activities of the Canon Group, and it is an advanced resource of “Product to Product” that brings together recycling technologies. Based on the concept of “clean and silent”, it is comprised of a recycling plant with a state-of-the-art system and a showroom, and it is also used as a place for environmental learning. 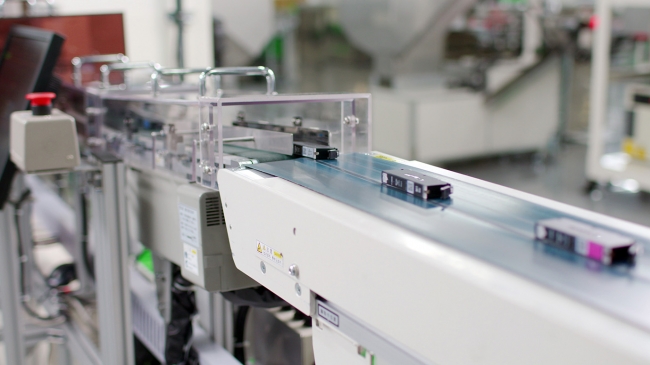 The material of the toner cartridges for laser printers is repeatedly used as a raw material. The OEM has introduced a state-of-the-art automatic recycling system “CARS-T: Canon Automated Recycling System for Toner Cartridge” to realise “Closed Loop Recycling”, shredding the used cartridges collected and automatically separating them, which is the main material plastic Play with high purity.

In addition, we have introduced the “CARS-I: Canon Automated Recycling System for Ink Cartridge”, which carries out the disassembly, pulverisation, and cleaning processes of used ink cartridges of inkjet printers in a consistent automation line.

Talking about its MFP remanufacturing, Canon explains: “The used equipment collected is disassembled to the part level and cleaned using the most appropriate technology. In accordance with strict recycling standards, we replace parts with wear and tear, etc. and deliver the same quality as new equipment at the same level of production and inspection lines as equipment manufactured with only new parts.”

Canon also promotes that it participates in “Plastic Smart” sponsored by the Ministry of the Environment. “Plastic Smart” is a project promoted by the Japanese Ministry of the Environment to promote and spread “Clever way with plastic” to solve the problem of waste plastic marine pollution. The aim is to accelerate the movement to solve the marine plastic waste problem by collecting activities of various companies and groups and sending it all over the world.

David Connett, the outgoing ETIRA President, said “We are seeing more OEMs talking about the good that they are doing by increasing the levels of recovered plastics, but this is material recycling and the third best option after “reduce” and “reuse”. They could do so much more if they increased the amount of ink and toner in their cartridges. For instance, doubling the amount of ink in a cartridge means you halve the number of cartridges you need to manufacture.  That’s a better solution.” Then, of course, they could work with the global reuse communities to reuse more cartridges, which is a better solution than just shredding them.”