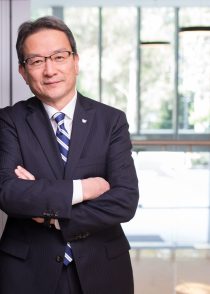 Canon has announced the appointment of Yusuke Mizoguchi as Managing Director of Canon UK and Ireland.

Effective of 1st January 2019, the OEM explains that Yusuke is responsible for driving sales in the UK and Ireland and strengthening Canon’s brand position in the local market.

Yusuke brings over 35 years’ Canon experience to the role, having held a number of key positions across Canon’s core markets. Most recently, Yusuke was Canon Europe’s Head of Business & Information Services (BIS) & Project Division, a role he took up in April last year. Prior to this, he was the Managing Director of Canon Oceania, where he led a successful acquisition of Converga, the largest acquisition for the region to date.

Originally a Japanese national, Yusuke has spent the majority of his career outside of Japan, having worked across six different countries, including the United States and Germany.

“Yusuke brings invaluable regional sales experience to the team in the UK and Ireland,” commented Yuichi Ishizuka, President and CEO, Canon Europe, Middle East and Africa. “His impressive track record and market knowledge will aid the team in its continued drive for best-in-class services and solutions for our customers and partners in 2019 and beyond.”

Yusuke has taken up the role following the departure of Stephen Bates, Canon UK and Ireland’s former Managing Director, who has left the company to explore new ventures.