Price increase on all non-camera products as the OEM aims to achieve 45 percent rise in sales for 2012.

Canon India has announced a price 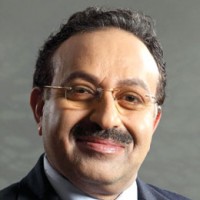 increase of five percent on all non-camera related products as of June as the OEM seeks to achieve a 45 percent sales rise, reports the Economic Times.

Although the price hike is intended to offset the decline of the rupee, this represents Canon’s second price increase within six months. Senior Vice President Alok Bharadwaj has admitted that the increase will affect sales during a period of diminishing consumer confidence, commenting: “We have decided to increase prices even if it means it slows a little bit of our topline, because the fall of the rupee is so steep [… which] has made the environment very uncertain and a big challenge.”

Despite this, Bharadwaj is targeting a 45 percent rise in sales for 2012, led by the camera market: “My optimism comes from a substantial increase in market share for compact cameras and high growth in digital SLR.”

Laser and inkjet printers, copier machines, and other IT peripherals are intended to contribute over half of the OEM’s turnover.

Canon has also recently announced a £10 million ($15 million/€12 million) injection into the UK camera retailer Jessops, which reported a loss for 2011 and came close to collapsing in 2009, reports The Press Association.

Canon reportedly sees Jessops as “vital” to its future in the UK, as the store will give consumers the opportunity to test goods before purchasing.