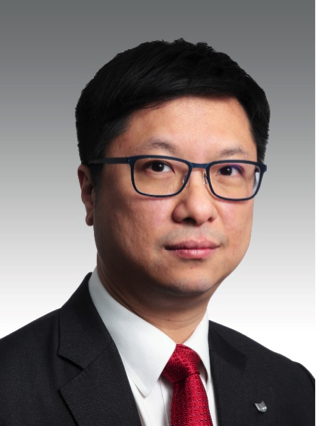 Mr Gary Lee will be taking over both roles from Mr Anuj Aggarwal, who has become VP of Marketing at Canon Philippines.

This week Canon India announced the appointment of Mr Gary Lee to the roles of Chief Financial Officer and Vice President. In this new role, he will be overseeing the Finance and Taxation, Legal and Corporate Communication divisions at the company’s Indian subsidiary, taking over the responsibilities of Mr Anuj Aggarwal, who has moved on to a new VP role at Canon Marketing Philippines.

Canon described the transition as “a significant move” and revealed that its objective is to “build a global management system, targeting optimal use of human resources in operations worldwide.”

Commenting on this move in the “thought leadership arena”, Mr. Kazutada Kobayashi, President & CEO, Canon India said, “Employees have always been integral to Canon’s success story across the globe. I have personally been associated with Canon for over 37 years now, where I have spent 30 years working in various overseas operations in geographies including Germany, the Netherlands, Hong Kong and India. At Canon India, we consider our employees to be the biggest assets of our organisation and with this leadership transition, I am extremely proud to see Canon India becoming an integral part of this Global leadership movement.”

“With an impeccable growth trajectory for building core competencies of people, business transformation and operations, Mr. Gary Lee brings with him extraordinary leadership skills. We welcome him to this wonderful country. Mr. Anuj Aggarwal’s contribution to the growth of Canon in India has been monumental. I wish him the absolute best and I am confident that he will continue adding more feathers to the progress of Canon Marketing Philippines,” added Mr. Kobayashi.

Having aided Canon India’s progress for almost 15 years, Mr. Anuj Aggarwal, former Vice President & Chief Financial Officer, Canon India commented, “I have spent a considerable tenure of my career with Canon, starting as a Manager Finance in 2000, moving to the role of the Chief Financial Officer in 2007 and then being elevated as the Vice President in 2015. At Canon, employees are constantly empowered to prosper and grow in life. Our HR team plays an integral role in motivating all employees to challenge their abilities and strengthen their skills. With the endeavours of all our employees, today we have accomplished the position of a pioneer in the imaging space in the country. Moving forward, I feel privileged to be acknowledged for serving my organisation at the Global platform, as Vice President in Canon Marketing Philippines. I look forward to the new avenues.”

Under the management of Mr. Lee, the company hopes to achieve “further heights.” Mr. Lee has over two decades of experience in Accounting, IT and Finance and “has helped improve the company’s operation efficiency by integrating information technologies into different business operations, and has led his team to several significant accomplishments.”

He said, “India as a nation, has consistently exhibited a great deal of potential for the imaging business. I am elated to witness Canon India’s growth journey over the past two decades and I am honoured to be selected for this new role to serve in this dynamic nation. Our world-class imaging portfolio joined with the staggering ability and enthusiasm of our organisations Global offices, provides us a remarkable opportunity to further elevate the fate of imaging in India. I envision contributing to this great journey of Canon in India and expanding on the strong footprint that we have built over the years.”