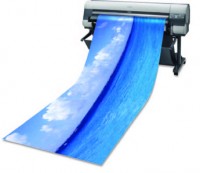 Monotech have previously been handling Canon’s ImagePrograf business, their range of large-format printers. The executive vice-president of Canon India, Alok Bharadwaj, stated: “[The] wide-format printing market is growing in India and Canon foresees this as a huge business opportunity. We decided to further extend our relationship with Monotech owing to their pan-India presence, strong technical support and sales team and the option of multi-location billing.”

He went on to say that Canon India “looks forward to a more enriching business with Monotech as a partner who would bring in business worth Rs. 30 crore by 2015”.