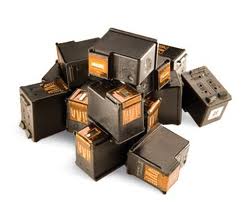 Programme will run in 15 European countries after successful probationary year in UK and Germany.

Dutch news website Foka Nieuws reports that Canon has announced the launch of its inkjet cartridge recycling programme in Europe, enabling Canon customers in 15 countries to send their cartridges for recycling free of charge.

The OEM asserts that more than 97 percent of a cartridge is reused and recycled into other products as part of the programme, with the remaining three percent “used to produce energy from waste”, and states that “no part of the cartridge goes to landfill.

Those participating in the programme are asked to visit a dedicated page on Canon’s website where their country can be selected from a drop-down list. They are then asked to complete a form to request freepost envelopes, each able to hold between five and 10 cartridges, which can then be posted for recycling with no cost.

The decision to run the programme follows the successful completion of a year’s probationary period, which saw the programme operating in the UK and Germany. Countries that have now been added to the programme include Austria, Belgium, Czech Republic, Denmark, Finland, France, Hungary, Ireland, Luxembourg, the Netherlands, Norway, Poland, Slovenia, Spain, Sweden and Switzerland.

Canon has already operated a toner cartridge recycling programme in 20 countries, including 16 European countries, since 1990, which has resulted in “more than 287,000 tons” of toner cartridges being collected for recycling, which the article states has saved “185,000 tons of new raw materials and 430,000 tons of CO2”.

Canon is not the only OEM encouraging cartridge collection and recycling, with HP’s Planet Partners cartridge recycling programme also recently being launched in Asia.