Canon concludes with another consent judgement 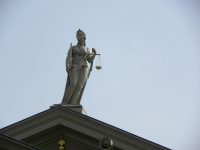 The OEM has reached an agreement with Ink Technologies Printer Supplies LLC.

Ink Technologies were sued by Canon in May of this year, after the OEM accused it of infringing its U.S. Patent No. 9,581,958 through the sale of toner cartridges for use in various HP laser beam printers. The suit was one of dozens launched by Canon in 2018, as it clamps down hard on affronts to its intellectual property.

The complaint against Ink Technologies was also one of several amended by Canon in papers filed to the USITC in June.

The case was heard in the US District Court for the Southern District of Ohio, and concluded with the defendant stipulating to a Consent Judgement and Permanent Injunction, which prohibits it from making, using, selling, offering for sale, or importing, the infringing toner cartridges in the USA; this includes toner cartridges with the HE-CF360X, HE-CF361X, HE-CF362X and HE-CF363X product designations. Ink Technologies has also agreed to pay Canon an undisclosed amount.

“Canon remains committed to pursuing legal enforcement against those who do not respect Canon’s intellectual property,” the OEM added.

It is not the first time in recent months Canon has settled a lawsuit with a Consent Judgement, following similar victories over FTrade Inc., Do It Wiser LLC, and GPC Trading Co., Ltd.. Earlier this week, the OEM reached a settlement agreement with NTT New Time Trade GmbH, following a separate accusation of patent infringement. The details of the settlement remain undisclosed.