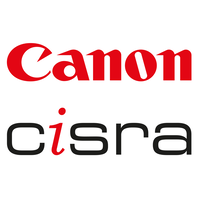 The OEM’s Australian R&D Centre (CiSRA) has had to make 40 jobs redundant following a “long-term decline”.

The jobs jettisoned in its restructuring are in management and technical areas and represent the Centre’s “latest bid for survival”, as iTnews reports.

CiSRA’s Managing Director, Keiji Ishizuka, revealed that the job cuts were made “in response to a lack of work from the company’s Japanese-headquartered parent.”

“In response to a reduced volume of projects from parent company Canon Inc., CiSRA last week completed a restructure that will enable it to continue to operate with impact in the market,” Ishizuka said.

While rumours have been swirling regarding the Centre’s prospects for the future, including possible closure, a Canon spokesperson has denied this, saying “We’ve not been advised of any closure”.

CiSRA is one of seven Canon R&D centres dotted around the globe and has been operating since 1990, most recently focusing on “machine learning and intelligent vision”.

Indications of its troubles were released in an Australian Taxation Office ruling in September 2017 which stated that the “demand for software product development” was “substantially reduced” and as a result, there as an “oversupply of software engineering talent.”

As a result, at the time, the ATO ruled on an early voluntary retirement scheme for employees aged between 45 and 64, though “it is unclear how many workers left under that arrangement.”