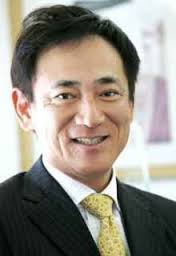 Soichi Murakami speaks of Brother’s development in the Middle East so far, and its plans for future growth in the region.

In an interview with Khaleej Times, Soichi Murakami, Managing Director of Brother in the Middle East, Africa and Turkey, discusses how the Middle Eastern region is helping to contribute to the OEM’s target of achieving 10.5 percent growth globally this year, and how business is faring in the region.

Murakami states that while business in the region last year “was tough”, the company’s products “have been doing well and sales have been reasonable” this year, with new mono lasers being introduced and a new product due to be launched in September. He added that while “sustainable growth is possible […] we don’t dominate the market”, explaining that “it looks promising after the emerging market status accorded to the UAE, but there is a lot to do for us. In Japan, we can foresee events, while here it takes time to adjust to developments”.

In terms of differences and challenges the company faces in the Middle East compared to its home country of Japan, Murakami highlights the unpredictability if the UAE and the wider Middle East market, which he says “goes up and down”. He also added that “there are political issues elsewhere in the Middle East, but the UAE is more than just an emerging market for us”.

Murakami states that the company has competition from both HP and Canon in the UAE market and so is realistic on its outlook for improving sales, explaining that the company does not “do sudden investments, but we have a steady growth plan and it takes time to grow”. He added that while the UAE market is “re-export driven” for HP and Canon, Brother “does not have a policy of re-exporting out of Dubai” and “there is no real necessity for Brother to look at the UAE as a dumping yard. We consider UAE as a genuine market […] we have a strong presence here in mono lasers, that’s our forte. And in inkjets, labelling systems and sewing machines”. Presence-wise, Murakami said, Brother has “a decent presence, a reasonable presence, not a dominating presence”.

While the company is making slow but steady progress in the region, Murakami notes that it has “been easier doing business since we began in 1991”, when the company first set up an office in Jebel Ali. “The infrastructure in the UAE has left us in good hands [and] we’ve had positives in terms of expansion. Free zones have started to do really well and a sound business culture has taken root. It has helped both large and small enterprises […] The Saudi market may pose challenges; here, it’s a stable market.”

Commenting on the potential of paper usage to become a thing of the past in future years, Murakami said that while paperless offices are a possibility long-term, “short-term, I personally believe this is a growing market. Ten years ago in Japan, we predicted we won’t need paper and printers, but that has not been the case. You want to see the real deal and I feel printing is still important”.

He continued: “In our children’s time, we might not see paper being used. As long as we have a writing culture, printers and paper will remain. In the UAE, we may be digitally-connected with all kinds of technology, but in Africa, we realise printers have a huge market. Inkjets form a big chunk; from dot matrix to inkjets, the levels are yet to be reached. Between the short- and mid-term, we see a vast potential and are well-positioned to serve the region.”