The OEM’s Indian subsidiary is said to be “bullish” about its prospects in the market despite a global fall in sales. 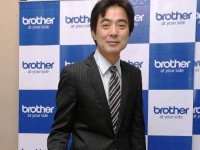 Telegraph India reported on an interview with Brother International India’s Managing Director Toshiaki Isayama, with the OEM’s subsidiary “upbeat about its growth prospects and market share” despite there being a “downward revision in its sales and margin growth forecast” globally, as recently reported.

The company stated that the business in India “was expected to grow because of a steady demand for printing equipment and the company’s own plans to expand [its] network”, with Isayama adding that “India is among the fastest growing markets for Brother and we expect the growth momentum to continue. Globally, printing constitutes majority of the business and this segment will continue to be a key growth driver in India as well”.

Additionally, the company – which began operations in 2007 – is said to have “expanded in key markets”, including Chennai, Delhi, Bangalore, Pune and Calcutta, with a plan to “expand to tier two cities”, though there is “no immediate plan to set up a manufacturing base in India”. Isayama pointed out that the OEM has “around eight to nine percent market share in terms of mono-laser printers, and we expect it to reach to about 15 percent in another three years”.

Alok Nigam, Brother’s General Manager of Sales in India, added: “On the inkjet side we are operating in a more niche segment, and we are just about three percent market share at the moment. But our plan is to take it to 10 percent. The optimism comes from our low base which gives a better growth opportunity.

“Also, for Brother, printing is a core business. Worldwide, 68 percent of the business comes from printing. So, we are confident that we would be able to replicate the success we had in matured economies like US in India’.