The OEM’s subsidiary is hoping to increase its market share four-fold in the next two years. 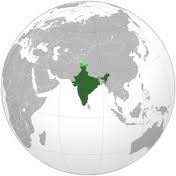 Economic Times reported on the prediction from Brother India that it would increase its market share in both laser and inkjet printing in the country to four times its current share by 2017.

Managing Director Toshiaki Isayama stated that the company has a “market share of six percent in laser [and] four percent in the inkjet segment”, and added that Brother is “aiming at 25 percent in laser and 15 percent in inkjet by [financial year] 2017”. The company’s Sales General Manager Alok Nigam also noted that the inkjet printer market “is expanding [by] 20 percent while laser [is growing by] 10 percent”, with the printing solutions business accounting for 85 percent of Brother’s India revenues.

Isayama spoke at a printer launch for the Indian market, which Brother India currently estimates is worth a total of Rs 2,400 crore ($375 million/€336 million). He noted in turn that “extremely low cost of per page printing at 10 paisa ($0.002/€0.001), smart designs and easy and hassle-free ink refilling experience will be the drivers for the sharp growth”.