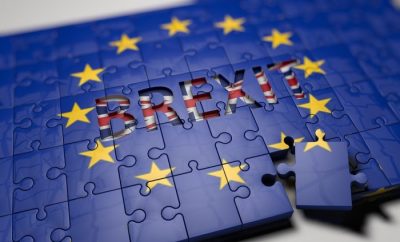 The United Kingdom’s National Audit Office reports that it is still likely that widespread disruption will occur from 1 January 2021.

The United Kingdom’s National Audit Office (NAO) reports that although government departments have made progress in implementing the required changes to manage the border at the end of the post-EU Exit transition period, it is still likely that widespread disruption will occur from 1 January 2021.

The NAO highlights that planning for 1 January 20212 has built on work done for previous EU Exit deadlines, but COVID-19 has exacerbated delays in government’s preparations and significant risks remain, particularly in relation to Northern Ireland.

The UK government has made progress in relation to Great Britain having a “minimum operating capability” by 1 January 2021, but timetables are tight.

The NAO commented that the ability for traders to move goods under transit arrangements is a key element of the government’s plans but some elements will be challenging to deliver in their entirety.

The United Kingdom’s customs organisation (HMRC) currently estimates that there will be around 6.3 million movements of goods under transit arrangements in the year following the end of the transition period. If all the planned arrangements are not ready, this could have an impact on the ease with which traders can import and export goods. The government’s latest reasonable worst-case planning assumptions, from September 2020, are that 40% to 70% per cent of hauliers will not be ready for these new controls and up to 7,000 lorries may need to queue at the approach to the Dover to Calais Channel crossings.

The government is spending significant sums of money preparing the border for the end of the transition period and, in 2020 alone, announced funding of £1.41 billion to fund new infrastructure and systems, and wider support and investment.  Despite this, there remains significant uncertainty about whether preparations will be complete in time, and the impact if they are not.

The NAO says that government must continue to focus its efforts on resolving the many outstanding issues relating to the border and develop robust contingency plans if these cannot be addressed in time for the end of the transition period.

“The 1 January deadline is unlike any previous EU Exit deadline – significant changes at the border will take place and government must be ready. Disruption is likely and government will need to respond quickly to minimise the impact, a situation made all the more challenging by the COVID-19 pandemic.,” said Gareth Davies, Head of the NAO.